I began Valentine’s Day 1998 in Edinburgh by checking my bags at the railroad station. There were coin-op lockers there, but no self-service as security regulations required having my bags checked by a man with a long wand that whistled like a radio between stations. I asked him what he was looking for, and he told me plastic explosives. I wanted to ask him what he would do if he found plastic explosives – a lose/lose situation I imagined – but decided this was not the best place to ask lots of questions.

Along the streets, a mob of Socialists were canvassing the crowd to sign petitions. I wasn’t paying much attention to the news at the time, but apparently the UK & USA were planning to invade Iraq because Sadaam Hussein was making chemical and nuclear weapons. I guess the Socialists were successful in holding off the invasion for five years.

I visited Edinburgh Castle which sits impressively atop a former volcanic promontory. I found myself disappointed because the castle, while scenic, was less interesting than Stirling Castle. Even the free CD audioguides didn’t help much. Information overload if anything. I suppose that since I had Stirling Castle pretty much to myself and Edinburgh Castle was packed with fellow snap-happy tourists made a difference too.

I sadly departed Edinburgh having only scratched the surface of what this wonderful city has to offer. I took the train south to England making a day-stop in Durham. Due to security concerns, the left luggage at the station was closed so I had to haul my bags with me through the town. The advantage is that it forced me to stroll slowly through the lovely town and along the River Ware Wear. A fun bit of art along the river depicted “The Last Supper” carved into several tree trunks. The image only appears when one views it from a particular point.

The highlight of Durham and my reason for being there is Durham Cathedral. Bede the Venerable is interred here for starters. It’s an amazing work of architecture especially when one sees it used for it’s designated purpose: worship. I attended the Evensong service where the choir boys sang like angels. Quite a beautiful experience.

I continued by train to York where I spent the night at the York Youth Hotel. I took a scenic walk of the city and then returned to the hostel which had its own built-in bar. There I met a young Norwegian woman named Ann Katrin who was visiting York with a group of friends for the Viking Festival. We hit it off well and drank several bottles of Hooch, which despite it’s colorful name was merely hard lemonade.

After the bar closed we went to the hostel lounge where people were watching the Winter Olympics on tv. I had the surreal experience of watching the game of curling for the first time while buzzed on Hooch. Ann Katrin and I stayed up very late talking about things ranging from Irish crooner Daniel O’Donnell to the existence of God. I ended up very tired and cranky, which was kind of a rotten ending to a good night.

The hilltop location of Edinburgh Castle lends it a stunning prominence. 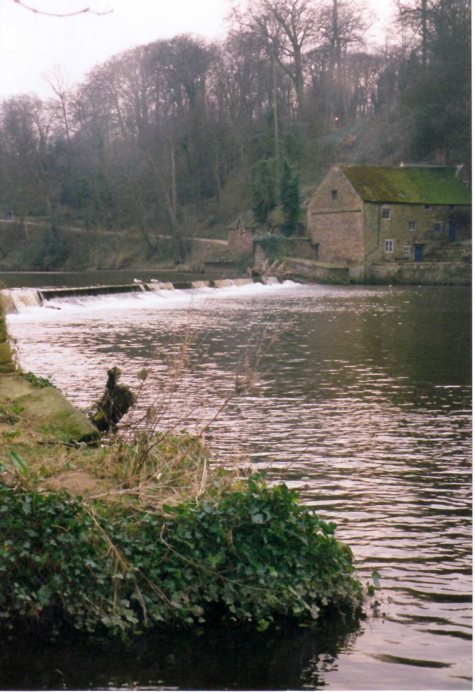 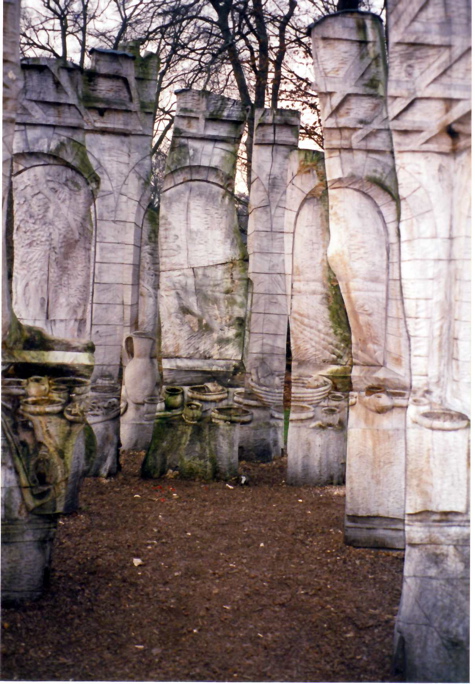 The Last Supper sculpture in Durham (I see an otter in attendance).