Here are all my answers to the 30 Days of Music meme published over the past month on my Tumblr blog Portals of Discovery.  Enjoy!

Day 01 – Your favorite song at the moment

Day 05 – A song that reminds you of someone

Day 06 – A song that reminds of you of somewhere

Day 07 – A song that reminds you of a certain event

Day 10 – A song that makes you fall asleep

Day 11 – A song from your favorite band

Day 13 – A song that is a guilty pleasure

Day 15 – A song that describes you

Day 17 – A song that you hear often on the radio

Day 19 – A song from your favorite album

Day 26 – A song that you can play on an instrument

Day 27 – A song that you wish you could play

Day 28 – A song that you are obsessed with

Day 29 – A song from your childhood

Day 30 – Your favorite song at this time last year

I don’t have anything new to say about Halloween, but I was looking back and saw this post I wrote 3 years ago. The funny thing is that after finishing this post, I went to bed and a couple of hours later my wife told me she was going into labor. And so my son was born the day after Halloween, meaning that these are very sugar-filled days with trick-or-treating and birthday cake all coming together.

Also, this is as good as place as any to post a photo of the magnificent monster jack-o-lantern carved by my talented wife. 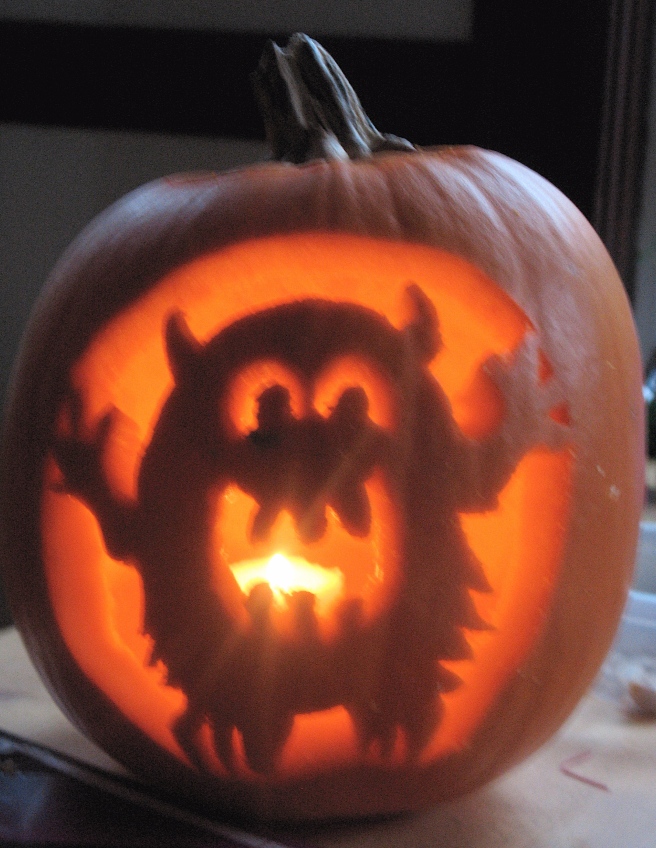 Trick or Treat! I promise not to give out Mary Jane’s or Necco wafers, or worse. Healthy snacks. I’m quite overwhelmed by seeing the sidewalks of Centre Street in Jamaica Plain crowded with children aged 0 to 16 in costume, trick-or-treating at the local businesses. Our own street is crawling with children as well. This is great to see. There was never this much Halloween activity in Somerville. Of course we’re here with the lights out because we … Read More

via Panorama of the Mountains

Comments: Another fine pumpkin ale from a New England brewery.  Basically it’s like pumpkin pie in a glass with sweet & spice scents and tastes.  It goes down smooth and is a nice brew for the season.

Comments: Served in a small glass, this beer has an orangish tint and a thick head.  Aromas are floral and citrusy.  There’s a fruity & hoppy flavor that has as a quality that reminds me more of a liquor than a beer.  Really nice, well done beer from one of my favorite breweries.

Major League Soccer played their final regular season games the past week spelling the end of summer soccer.  The playoffs have begun but for the first time in a decade the New England Revolution will not be participating in them.  What a year to start following the Revs after all those years of post-season success (albeit without a MLS Cup trophy to show for it).

Summer soccer is one of the idiosyncrasies that set America apart from the major European leagues that play from August to May.   It’s not obstinacy on the part of United States soccer, but the fact that parts of the United States have far more severe winters  than much of Europe.  Teams playing in Massachusetts, Colorado, and New Jersey just could not host home games in the winter, or at least draw a devoted crowd in the midst of a blizzard.

In my ongoing effort to learn more about football worldwide, I decided to see if anyone else plays in the winter.  I figured that Russia is a cold, cold place so they  must play in the summer.  And I was right.  Except not for long because Russia will be switching to an autumn-to-spring calendar in 2012-13.  Good luck to fans of FC Zenit Saint Petersburg in February.  Brrr.  Scandinavian nations also play on a summer schedule and, oddly enough, the League of Ireland switched to a summer schedule in 2003 (I haven’t figured out why).  The Australian A-League also plays a summer schedule although their summer is our winter.

Anyhow, here’s the matches I’ve watched in the past week and a half.

AFC Ajax 2:1 Auxerre (19 Oct 2010) –  This match saw Ajax win their first match of the Champions League this season to go with a loss & a tie.  The first half was all Ajax as the Amsterdammers went up 2-0.  The second goal in particular was a brilliant example of team passing and running setting up the goal for El Hamdaoui.  The second half got a little crazy after André Ooijer’s professional foul earned him a red card and forced Ajax to defend their lead with 10 men.  But then the French side went down to 10 men on a handball attempt on the goal. Then in the waning minutes of the game an Auxerre sub was sent off before he even made it on the field!  Comical, to say the least.  Match report.

FC Barcelona 2:0 FC Copenhagen (20 Oct 2010) – Lionel Messi scored both goals for Barça moving them to the top of Group D in the Champions League.  The Danish side had some moments where they seemed to be in control but never really threatened.  Really, Barcelona should have taken advantage of their offensive superiority and score more.  Match report.

New York Red Bulls 2:0 New England Revolution (21 Oct 2010) – The Revs finished off their 2010 campaign with a road game versus the Eastern Conference champions.  It ended as one would expect as a loss, the first time the Red Bulls have defeated the Revs since 2005 breaking a 16-game undefeated streak.  New England looked the better side in the second half but failed to score and then gave up a stoppage time goal.  Wait ’till next year.  Match report.

Tottenham Hotspur 1:1 Everton FC (23 Oct 2010) – One thing I love about European football is the names and there is no better combination than Tottenham and Hotspur who play at the romantically named White Hart Lane.  There also a Premier League power nipping at the heels of the big three so it was something for Everton to earn a point and extend their unbeaten streak to four games.  Everton scored on a fantastic first half free kick by Leighton Baines.  Alas, a rare error by goalkeeper Tim Howard contributed to the Spurs’ equalizer a few minutes later.  Match report.

West Bromwich Albion 2:1 Fulham FC (23 Oct 2010) – Speaking of great names, here is West Brom and their home grounds The Hawthorns.  Things started well for Fulham with a Zoltan Gera strike (scored as an own goal against West Brom) but in the pouring rain the Baggies (lovely nickname too) were able to equalize and then go ahead before the break.  Match report.

Real Zaragoza 0:2 FC Barcelona (23 Oct 2010) – It was all Messi again as Barça earned another easy victory against the La Liga cellar dwellars.  I confess I didn’t watch the whole game as I went to the yard to play soccer with my son, but I did see both of Messi’s goals.  Match report.

AFC Ajax 3:1 Heerenveen (27 Oct 2010) – El Hamdaoui was the hero again with 2 of the goals  in what was a pretty easy victory for Ajax.  Luis Suarez had several chances that were either just stopped by the keeper or bounced off the cross-bar (including two in a matter of seconds) so the score could have been much higher for Ajax.  Match report.

Around the World for a Good Book selection for: Cameroon

Summary/Review: A familiar story of post-colonial Africa where a newly independent nation suffers tyrannical and wasteful governments, the nation is divided by civil war, and the former colonial power lurks in the shadows looking to profit.  Mongo Beti examines a fictional nation similar to Cameroon in this satirical tale.   The heart of the story of Chief Zoaételeu the patriarch of a large tribal family who speaks his mind to readily before government soldiers and is arrested and put on display in a show trial.  Other characters include his conniving favorite sons and a lawyer who often bursts out in Latin and considers himself a speaker of truth who like Cassandra can’t be believed.  Since the characters serve a satirical purpose they often seem more like caricatures and it’s hard to develop a true sympathy to them.  In fact, a lot of the time the satire seems laid on too thick to make this an illuminating or entertaining novel.

Recommended books: Beneath the Lion’s Gaze: A Novel by Maaza Mengiste and Snakepit by Moses Isegawa
Rating: **1/2

Visited Ward’s Berry Farm in Sharon today for some hay-riding and pumpkin-picking.  Here are my gourd-eous and artsy  photographs from the pumpkin patch. 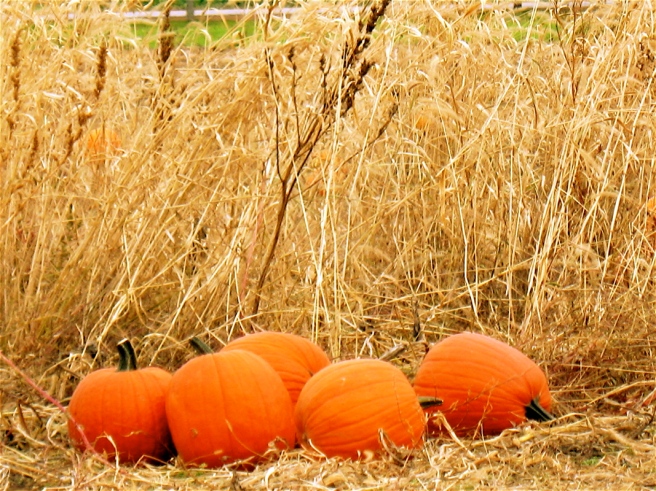 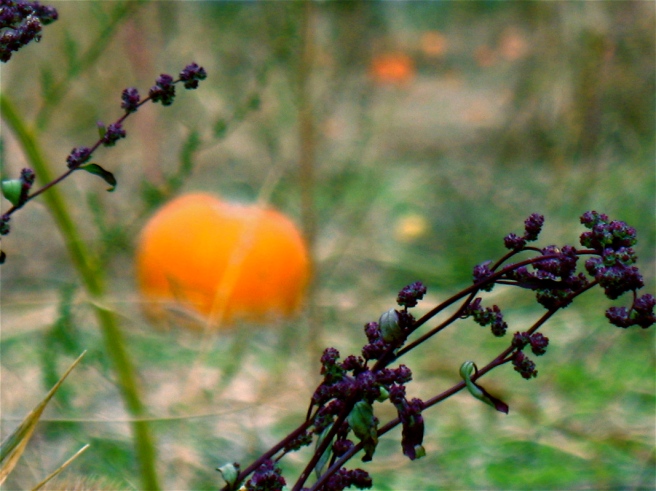 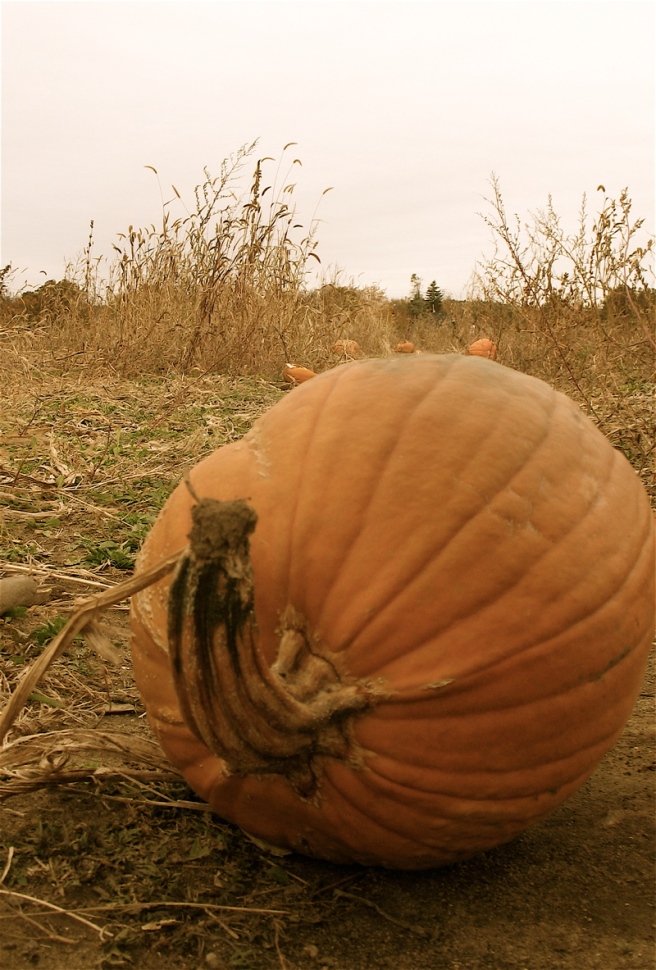 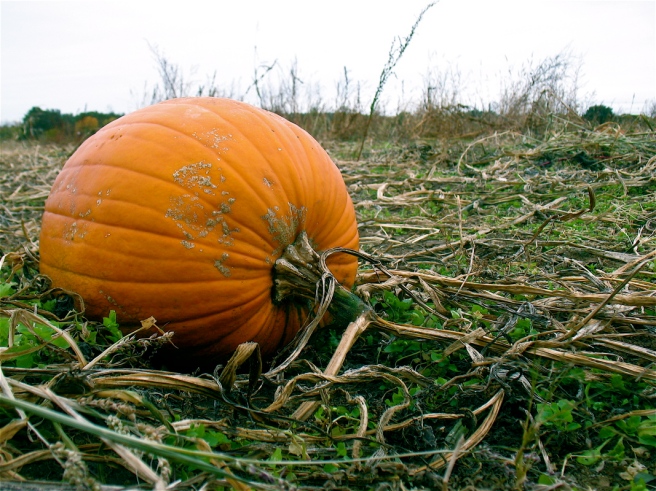 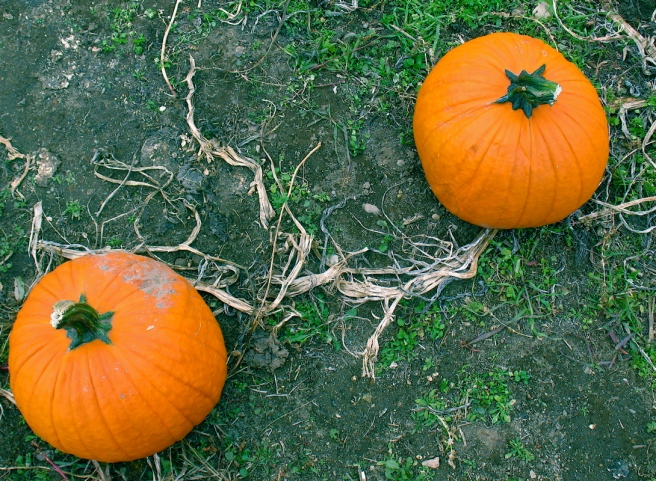 Comments: Having enjoyed Dale’s Pale Ale on tap, I figured it was worth it to buy the expensive beer in a can.  Oh my is it worth it.  The thing about Scottish Ales is that they taste like they have liquor in them, and they pack a bunch.  This one is no exception.  It pours dark with a thick head like a porter.  The taste is malty and sweet with hints of chocolate, caramel, and smoke.  Divine!

Another fine weekend of European football.  The Revolution won too but I didn’t watch due to the MLB playoffs.  It was a very sport-filled week.

Fulham FC 1:2 Tottenham Hotspur (16 Oct 2010) – I tuned into this London Derby live from Craven Cottage but alas the feed cut out for several minutes, including the minute in which each side scored their first goal.  Fulham opened the scoring with a great run by USA’s Clint Dempsey who fed the ball to Diomansy Kamara to tap in the goal.  The Spurs equalized with a Roman Pavlyuchenko tap-in a few moments later.  In the second half, which I was able to view live, the Spurs would controversially take the lead with a beautiful long-range goal by Tom Huddlestone.  The assistant referrer flagged Tottenham’s William Gallas offside by the referee overruled him and allowed the goal to stand.  Fulham put some pressure on the Spurs goal at the end of the match but were unable to finish and thus earned their first loss of the season (to go with one win and six draws).  Match report.

FC Barcelona 2:1 Valencia (16 Oct 2010) – A big game for Barcelona as they faced the team at the top of table, playing at Camp Nou where they have lost to Hercules and drawn with Mallorca.  Granted it wasn’t that big a deal because Barcelona has won every other game they’ve played this season and well, they’re Barcelona.  Valencia dominated play in the first half and scored a well-earned goal in the 37th minute.  A rejuvenated Barça squad came out after half-time and equalized within 90 seconds on a great finish by Iniesta.  Barça went ahead with good on a Puyol header in the 69th minute.  They had to make things interesting after all.  Match report.

Everton FC 2:0 Liverpool FC (17 Oct 2010) – The biggest match of the weekend for me was the Merseyside Derby at Goodison Park where Liverpool visited Everton in their first game since being acquired by the Boston-based NESV group.  The new owners haven’t had a chance to fix the Reds yet and the Toffemen took the opportunity to kick them while they are down.  Tim Cahill put Everton ahead in the 33rd minute but Mikel Arteta’s long-range blast in the 49th minute was a thing of beauty.  All in all a satisfying match and a great second consecutive win for Everton .   Match report.

Comments: I could say something about the attractive color of this beer served in a special tear-drop glass but OMFG it tastes like cough syrup!!!  Sweet and nasty and I just couldn’t finish it.  I’m seriously wondering if there was something wrong with the keg because they can’t really unleash something that tastes this bad on an unsuspecting public.