Yesterday morning, I was one of hundreds of Bostonians who gathered together to rally against cuts at Boston Public Schools and deliver a message to Mayor Marty Walsh and Governor Charlie Baker to support our public schools. The Walk-In and Rally was organized by the Boston Education Justice Alliance and coincided with a national movement to oppose budget cuts and privatization efforts for public education.  You can sign the petition to stop budget cuts at MoveOn.

At Boston City Hall we heard parents, grandparents, teachers, school nurses, religious leaders, concerned citizens, and students speak about the effects of slashed budgets on our schools. As always, the students are the most inspiring and the real leaders of this cause. About half the group “walked-in” to City Hall to deliver a petition to the Mayor’s office (sadly, Walsh did not make team to speak with them). Then we marched down the streets to Massachusetts State House. I didn’t have time to join the action at the State House, but there was another rally within and presentation of a petition to the governor. Like Walsh, Baker declined to meet with his constituents. As student K’Damse McGee was quoted in the Boston Globe article, maybe he’s scared?

Below is some news coverage and then some photos I took of the event.

If there’s any coverage I missed, post a link in the comments. 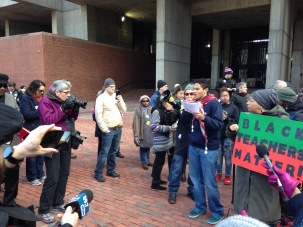 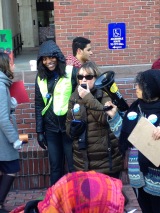 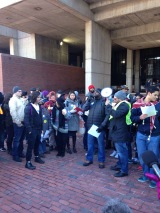 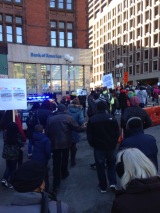 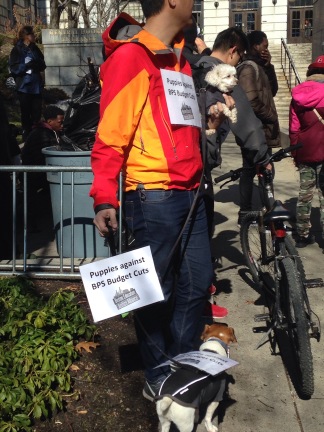