Another week, another protest, although it feels as if I should be marching in a demonstration daily.

This time is was the Council on American-Islamic Relations-Massachusetts’ Protest Against the Muslim Ban and Anti-Immigration Orders in Boston’s Copley Square.

Here on the steps of Boston’s most architecturally renown Christian church, Massachusetts’ political leaders and religious leaders of different faith traditions (including my friend Reverend Laura Everett) spoke of our promise to love and defend our Muslim neighbors and welcome immigrants and refugees of all backgrounds.

This all happened steps away from where two immigrant brothers detonated bombs that murdered three and wounded hundreds, purportedly in the defense of Islam.  The 25,000 people who marched today know that banning Muslims and rejecting refugees does nothing to protect us from attacks like the one on Boylston Street, and if anything further fan the flames of hatred.

This is an experiment.  Instead of constantly filling this blog with Podcast of the Week, Song of the Week, and Album of the Month posts, I’ve decided to try to collect all the things I listen to over the course of a month in post.  Hopefully, allowing myself the time will also allow me to create something more worth reading.

Let me know what you think, and what you’re listening to, in the comments.

This ongoing podcast about the experiences of individual immigrants in America relates the tale of the young Irish woman who was the first person to be processed through Ellis Island.

The Nation – Start Making Sense: We Can’t Just Protest Trump, We Must Defy Him

I recently started listening to this podcast from The Nation and it offers some great strategies for what we must do in the Trump era.

One of the scariest things in the world today is the lack of access to fresh, clean water, which is of course vital to life.  The war in Yemen is possibly the first war ever fought over water.

Nikole Hannah-Jones is a journalist who tracks how generations after Brown v. Board of Education, public schools are still largely segregated by race, and inequitable, and the choices of even the most liberal people of privilege maintain the system.

All Songs Considered: The Power of Politics, Music, and More

New songs, especially the first four songs in this podcast, tie in with the political issues of our day.  The a cappella performance of MILCK’S “Quiet” from the Women’s March on Washington is below.

The American Left will need to use the tactics and strategy of the Tea Party to make any headway in the Trump years. The Indivisible guide explains how.

Artist: Bonobo
Album: Migration
Release Date: January 13, 2017
Favorite Tracks: “Migration” and “Outlier”
Thoughts: Electronic drumbeats and resonant bass notes are coupled with world music melodies on this album that is largely instrumental music.  This is not going to get you on the dance floor, but is more music for relaxation and meditation.  With the exception of a couple of bland tracks with vocals, this is highly listenable if not too original downtempo electronica.
Rating: ***

Artist: Flaming Lips
Album:  Oczy Mlody
Release Date: January 13, 2017
Favorite Tracks: “How??,” “One Night While Hunting for Faeries and Witches and Wizards to Kill”,” and “We a Family”
Thoughts: The Flaming Lips have a penchant for being weird, but an album about unicorns and faeries and demons all experienced through a psychedelic drug is really weird.  A concept album with a healthy dose of profanity makes this reminiscent of Funkadelic, although this is more dreamy and fuzzed-out than funky. The music is downtempo but also has a sunniness that puts it at odds with the band’s last album The Terror.  Also, Miley Cyrus is guest vocalist on one track. Weird.
Rating: ***

Artist: Run the Jewels
Album: Run the Jewels 3
Release Date: January 13, 2017
Favorite Tracks:  “Talk to Me,”  “Call Ticketron,”  “Don’t Get Captured,”  “Thieves! (Screamed the Ghost)” (featuring Tunde Adebimpe), and “Oh Mama”
Thoughts: I shouldn’t be allowed to review hip-hop albums since I’ve not paid much attention to the genre the past 25 years, but I’ve liked what I heard from Run the Jewels and their latest doesn’t disappoint.  In a way, it’s not too dissimilar to the hip-hop I liked in the late 80s/early 90s – sonically dense, musically creative, and lyric that are conscious and in your face but not preachy.
Rating: ****

Artist: The xx
Album:  I See You
Release Date: January 13, 2017
Favorite Tracks: “Dangerous” and “I Dare You”
Thoughts: I was looking forward to this album since band member Jamie xx’s album In Colour was on of my favorites of 2015.  Unfortunately, I find myself disappointed with the full band’s effort.  The songs have more of a contemporary r&b sound, and while there’s nothing wrong with downtempo music, a lot of these tracks sound lethargic. It’s not a bad album, but it’s not memorable either.
Rating: **

Artist: Austra
Album:  Future Politics
Release Date: January 20, 2017
Favorite Tracks: “Future Politics,” “Utopia,” and “43”
Thoughts: Wow, this is powerful album, musically and politically, from the Canadian band.  Once again, I’m reminded of the 1980s with the synthpop sound and the bold vocals of Katie Stelmanis put me in mind of Alison Moyet and Yaz.  It’s worth the time to immerse oneself in this album.
Rating: **** 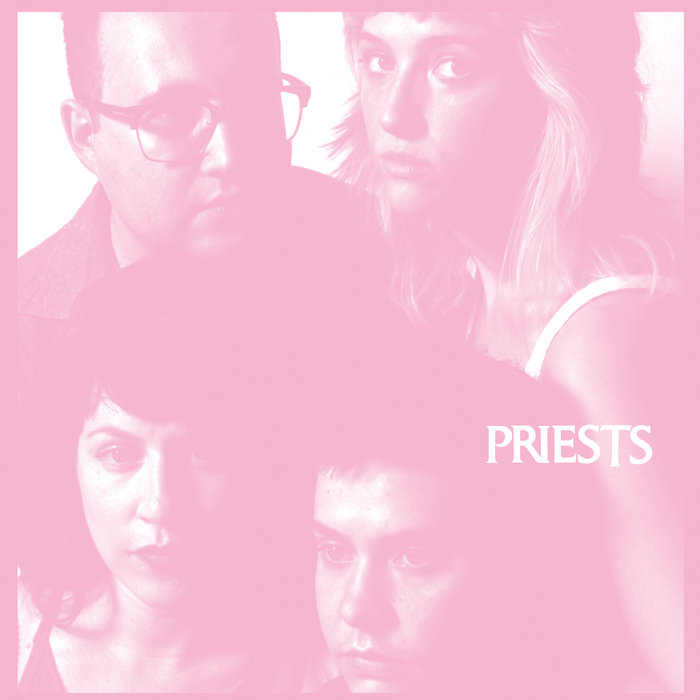 Artist: Priests
Album: Nothing Feels Natural
Release Date: January 27, 2017
Favorite Tracks: “No Big Bang,” “Pink White House,” and “Suck”
Thoughts: Loud, angry music from the D.C. punk band.  ,Like with Run the Jewels I’m transported back to the 1980s, yet the music is fresh and current. This is music that captures the anxiety of the contemporary zeitgeist.
Rating: ***

Last Saturday, with my family, church community, numerous friends I met along the way, and around 125,000 other people, I participated in Boston Women’s March for America.

I’ve been First Night and the Fourth of July celebrations in Boston.

I’ve been to the Boston Marathon and Red Sox victory parades.

And I’ve never seen that many people in the same place.

Estimates place attendance around 125,000 people. We were in the back of the crown on Boston Common, and couldn’t hear much of anything from the politicians who addressed the crowd. Once the march began, it was more of a shuffle as everyone was stuck shoulder and shoulder, and could only move an inch at a time.

But none of that mattered because this was also the friendliest crowd I’ve ever seen in Boston too. I mean, Boston is a grumpy place and Bostonians generally don’t react well to sharing their personal space with others.

But on this day we filled the Common and overflowed into surrounding streets. It was awe-inspiring. And while every person had a different sign, a different reason for showing up for the march, I’ve never felt such unity.

When governments power falls into the hands of tyrants.

When justice is replaced with cruelty.

When the will of the people is denied by the wealthy and powerful.

The people then have the right and duty to rise up through acts of protest, civil resistance, and direct action foment nonviolent revolution.

It happened in the Philippines.

It happened in Estonia.

It happened in East Germany.

It happened in Czechoslovakia.

It happened in Yugoslavia. It happened in the Arab Spring.

It can happen here.

Around the World for a Good Book selection for Fiji

Author: Larry Thomas
Title: The Anniversary Present
Publication Info: Suva, Fiji: Pacific Writing Forum, [2002]
Summary/Review:
I read one play in this collection by the contemporary Fijian dramatist Larry Thomas (of whom it is difficult to find much information online).  The story is about an older married couple, the wife proud of the new set of furniture she’s received from her irascible husband.  Other characters include their adult daughter and ne’er-do-well son-in-law, an estranged son, and a nosy neighborhood.  The story feels very familiar, and I couldn’t help imagining the story playing out on the set of All in the Family.  Nevertheless, it is a Fijian story where the characters speak in the creole of the more disadvantaged members of the society and the conflicts among Fijians and Indians underlie the story.  I feel that without more background information I am missing out on a lot of the greater meaning of the drama, but still found it an interesting read.

Around the World for a Good Book selection for Egypt.

This collection of short stories, some of which are connected around the same characters, tells stories of women coming of age in Cairo, London, and New York between the 1960s to 1980s.  As an expatriate tale it’s important to realize that these are the stories of a more privileged class than a representative Egyptian work.  Nevertheless, Soueif’s protagonists deal with struggles including discrimination, failed marriages, and miscarriage.  Souief’s writing style is spare and these feel more like vignettes  than stories.  Her lyrical approach seems to be trying to capture emotions more than stories, but doesn’t go far enough to make a connection with the reader.

Here’s a list of gatherings in the Boston area where you can make your voice heard on a variety of issues at risk in our current political environment. Please share the list and attend as many events as you can.

If you know of any events not listed, let me know and I will update.

Also call or write your members of Congress and Massachusetts state government on the issues that matter to you.