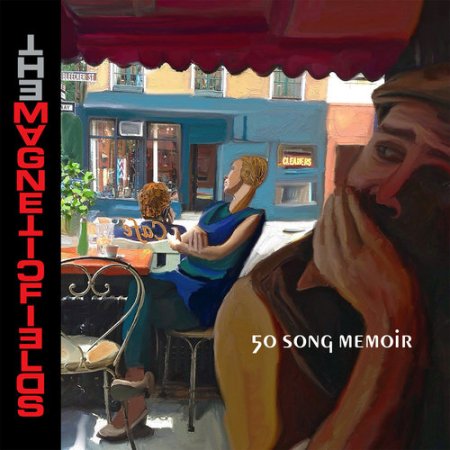 This is an album that I saw on the Best of 17 lists that I missed when it was released and since there weren’t many new releases in January, I decided to give it a spin.  As the title implies, it is a 50-song album, one for each year in the life of singer/songwriter/instrumentalist Stephin Merritt (The Magnetic Fields previously released an album called 69 Love Songs so this is relatively breezy).  The songs expertly mix personal memories with cultural touchstones (a Jefferson Airplane concert, Judy Garland’s death, the AIDS crisis) with the music recognizing the musical sounds of the time without being imitative (although it appears the disco era lasted longer for Merritt than everyone else).  It’s both humorous and heartbreaking as the story of anyone’s life would be.  While I enjoyed it, I kind of liken it to a long book or an lengthy movie that as good as it is, it’s not something I’m going to have the time to return to again and again.

Passed the halfway mark in Sátántangó.
I finally made it so I can use my desk as a desk again.
Natural objects in old snow.
End of the work day.
Pandemic rush hour.
Posted @withregram • @r2haction We have reached a crucial juncture in the coronavirus pandemic where vaccines are being distributed to the public. But who are the recipients?