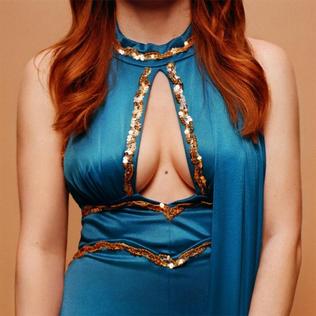 As a brief prelude to this review, a new album from Jenny Lewis reminded me of how much I liked Rabbit Fur Coat, followed by the stunning realization that the album was released in 2006! I discovered Rabbit Fur Coat at the time when I first started becoming aware of new music through podcasts and streaming services, and now my “new way” of consuming music is rather old at 13.

Okay, onto the actual new album, which is Jenny Lewis’ fourth. The album has a retro-sound reminiscent of 70s sunny California pop. This sound is added by the appearance of veteran musicians like Don Was, Ringo Starr, and Jim Keltner in he backing band.  Nevertheless, the sound is still fresh, and the lyrics are anything but frothy. Lewis is primarily a storyteller, telling stories of people desiring escape, lost love, and lots and lots of substance abuse. There’s a lot of humor in her lyrics, but often the humor is a way of revealing deeper pains.