Today I will review three recently-released albums by artists who were 1980s superstars.

I’ve always liked Springsteen well enough, although my knowledge of his work is fairly superficial.  This album reminds me of the Rolling Stones’ Blue & Lonesome in the sense that Springsteen is at an age where he has nothing left to prove, and has the leisure to dive into his roots.  Nonetheless, it’s a different sound for him, especially the string arrangements. Strings can be cheezy if done poorly, but they’re are well-integrated into the songs and the stories they’re telling and complement Springsteen’s voice which is as strong and expressive as ever. Springsteen is famously from New Jersey, but here is voice is baked in the Americana of the West. 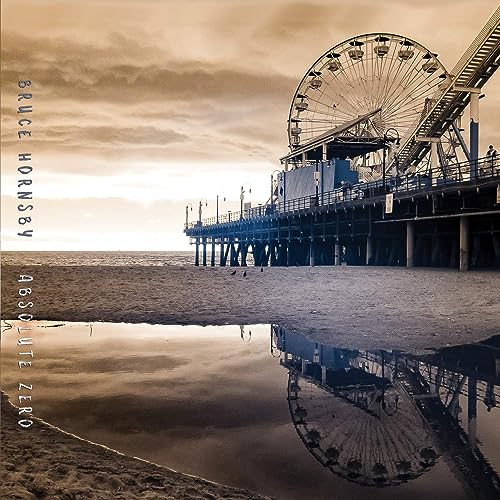 The less-famous Bruce had his biggest hits at the beginning of his career in the 1980s, and probably for most people that’s all they know about him.  In the 1990s, Hornsby toured with the Grateful Dead and created new albums with a jazz fusion sound.  When I lived in Williamsburg, VA, his hometown, he was a local celebrity and people exchanged stories of Bruce sightings.  I saw him in concert several times and have always thought his music sounds far better in live performace than on an album.  Neverthless, over the past 15 years or so I’ve failed to keep up with his career – until now.  This album uses elements of classical, jazz, and avant-garde music with Hornsby’s virtuosic style.  Jazz drummer Jack DeJohnette guests on some tracks as does Justin Vernon of Bon Iver which gives it some NPR Music cred.  It’s a creative experiment with dissonant sounds and juxtapositions, but I don’t think it’s something I’ll want to return to.

Prince, of course, is deceased and will no longer be releasing new music.  But his famous vault will be mined for music for the forseeable future. Following up on Piano and a Microphone, 1983, and collects mostly unreleased versions of songs Prince wrote as demos for other artists. So now we can hear Prince’s take on songs like “Jungle Love,” “Manic Monday,” and “The Glamorous Life,” which were hits for The Time, The Bangles, and Sheila E.  A number of these songs were crafted by Prince for his proteges in the Minneapolis scene so they’re not familiar to me, although the most bizarre of the songs that are new to me is “You’re My Love,” which Prince wrote for Kenny Rogers!  The demos exude Prince’s hard work and musicianship and would’ve been good enough for Prince to release himself.  On the other hand, there are things the other artists brought to these songs that I think Prince was aware was needed.  This album is enjoyable, but I think it’s worth more for historical/musicological study than for just listening for fun