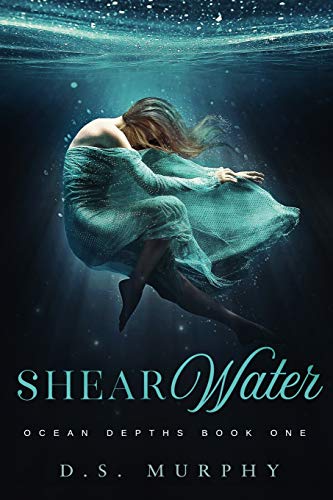 “And they want to kill us all.”

The passage above is an actual quote from this teen paranormal romance set in a seaside village in Northern Ireland. It succinctly captures the flaws of this mermaid fantasy novel that has an excellent premise but the author doesn’t have the writing skill to make it pay off.  Clara is an American teenager whose parents die in a car crash. She learns that her mother actually was from Ireland and fled as a teenager.  Clara’s only living relative is a grandfather she never knew existed, Aedan, and she is sent to live with him in the seaside village of Portballintrae.

As Clara grieves her parents and adjusts to her new life in Ireland, she meets a handsome but mysterious boy, Sebastian.  It’s revealed that Sebastian comes from the mer-folk – the merrow – and that Clara is part merrow as well.  Clara also forms a friendship with Ethan, who is from an ancient group of families who are sworn enemies of the merrow and use merrow blood to perform magic.  Soon a plot by the merrow to kill all of humanity emerges.

Murphy does a good job of taking elements of Irish folklore and bringing them into a contemporary setting.  The big problem is that he is overly reliant on introducing big revelations and plot twists.  As they revelations multiply they must of course become bigger and soon just more ridiculous.  I think Murphy would’ve have done better to hold of on making revelations and built up the mystery and atmosphere of the novel.  A well-told story with smaller stakes (nevertheless of great importance to the characters) would’ve been far more interesting than this sprawling tale of a global threat.