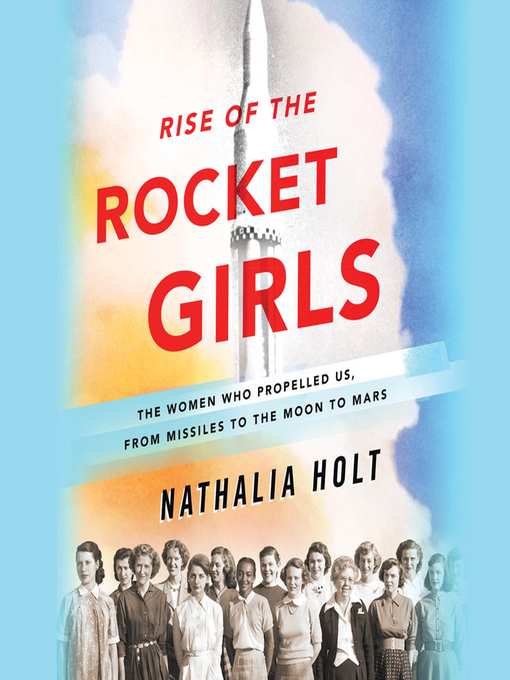 Title: Rise of the Rocket Girls: The Women Who Propelled Us, from Missiles to the Moon to Mars
Narrator: Erin Bennett
Publication Info: Hachette Audio (2016)
Summary/Review:

This book tells the story of several women who worked at the Jet Propulsion Lab (JPL) in Pasedena, California in the 40s, 50s, 60s, and 70s.  Their work was instrumental in creating missiles for military use and rockets that lifted their payloads into space.  They were particularly key in working on Ranger and Surveyor missions to the Moon that prepared the way for Apollo, the Mariner missions to Venus, Mars, and Mercury, and the Voyager program missions to Jupiter, Saturn, Uranus, and Neptune. Holt interviewed several women who worked at the JPL to get their perspectives on this age of discovery.

Many of the women got their start as “computers,” who were JPL employees who performed mathematical computations (a usage of the term that’s been made familiar by the book and movie Hidden Figures).  Working as a computer provided an opportunity for women who studied mathematics to use their skills.  While it was a support position to the (predominantly male) engineers, the position was highly-regarded within JPL and well paid.  The group of women working together, with women supervisors, also felt that they had a close-knit family at JPL.  Not everything was positive as the group of women felt that they had to look out for one another at office parties when men were on the prowl. Woman employees were also fired when they got pregnant.

Holt does a great job of telling these women’s stories from their roles in furthering interplanetary exploration to their everyday lives of marriages, raising children, and even oddities like a JPL beauty contest. As Holt notes, it was the progressive hiring practices at JPL that made it possible to have enough women to even to something as seemingly outdated as a beauty contest.