This is my entry for “L” in the Blogging A to Z Challenge. Throughout April I will be watching and reviewing a documentary movie from A to Z. Some other “L” documentaries I’ve reviewed are The Last Waltz, Leonard Cohen: I’m Your Man, Life Itself, and loudQUIETloud: a film about the Pixies.

On May 13, 1985, Philadelphia became known as “the city that bombed itself,” and incident that remains shocking and mindboggling 35 years later.  The Philadelphia Police dropped an incendiary device on the rooftop of an organization called MOVE, and then made the controversial decision to “let the fire burn” (although fire apparatus were on site) that lead to the deaths of five children, six adults, and the destruction of 65 row houses in the West Philadelphia.  The bombing resulted from a multi-year confrontation among police and neighbors with an organization called MOVE, a Black liberation group that espoused a back-to-the-earth philosophy and were highly confrontational with the police and neighbors (which included a loud speaker on the exterior of the house where they broadcast profanity-laced tirades).

The movie is structured around two films made in the wake of the bombing.  One is a deposition by 13-year-old Michael Moses Ward (aka Birdie Africa), the only child to escape the destruction of the MOVE house.  The other is the Philadelphia Special Investigation Commission hearings held in November 1985 chaired by chaired by William H. Brown, III.  With these retrospective accounts providing the framing, the film cuts in archival film and photographs as well as news coverage.

The film documents the emergence of MOVE in the 1970s, their initial conflicts with the police, and a 1978 shootout when Mayor Frank Rizzo tried to have the police evict MOVE from their first headquarters.  The shootout resulted in the death of one police officer and the conviction of nine MOVE members for his murder.  When the organization moved into their new location on Osage Avenue, they fortified the building with wooden boards across all the openings and constructed a wooden tower on the roof.  The rooftop “bunker” was a major concern for the police who saw it as a place where MOVE members could potentially fire at the police.  The destruction of that bunker proved to be the impetus that lead to the many unconscionable decisions by the police.

The movie has a verite style that kind of guides one through the events as they happen with no outside narrator providing context.  The movie feels all too relevant today when Black Americans continue to bear the brunt of police violence.  No doubt, MOVE was a cultish and obnoxious organization, but we’ve seen many instances of police dealing with well-armed white conservative and Christian groups without resorting to brutal violence, much less burning down the homes of dozens of innocent neighbors.  We see one police officer commended for attempting to rescue children from the burning building, and then learn that the words “n****r lover” were scrawled on his locker.  This movie serves as an important document of the intersection of liberty, policing, and racism in America. 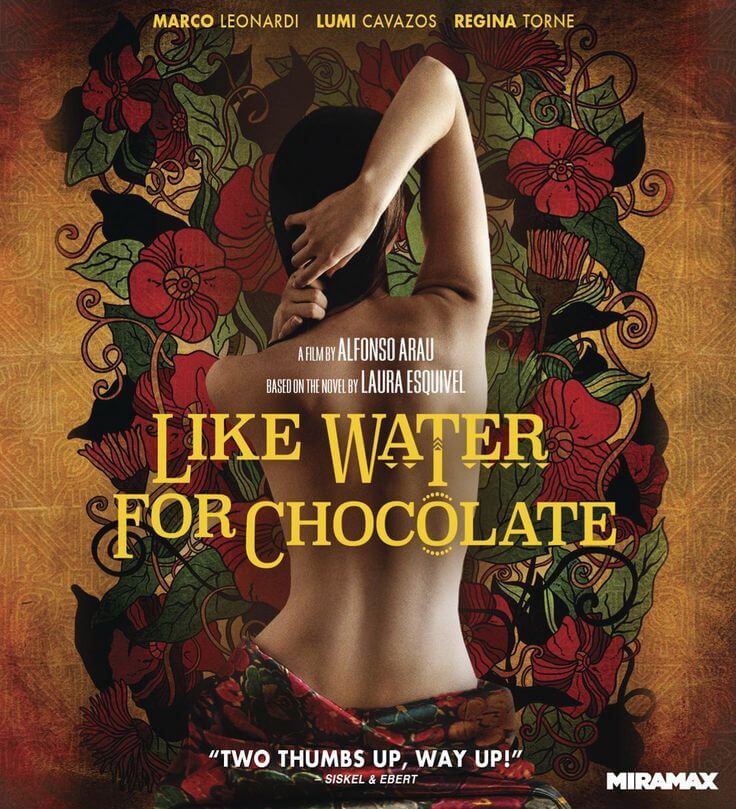 In the early 20th century, in northeastern Mexico, Tita (Lumi Cavazos) grows up with the knowledge that her family tradition expects her as the youngest daughter to never marry.  Instead, her strict Mama Elena (Regina Torné) expects Tita to care for her in her old age on their family ranch. Tita learns the art of cooking from the elderly family cook, Nacha (Ada Carrasco).

When Tita and a young man named Pedro (Marco Leonardi) form a mutual attraction, Mama Elena rejects his marriage proposal.  Instead he marries Tita’s eldest sister Rosaura (Yareli Arizmendi) since it will allow him to be close to Tita.  Tita’s emotions are magically transferred into the meals she cooks leading to incidents such as everyone at Rosaura and Pedro’s wedding feeling the sadness of lost love and later when Pedro gives her roses and everyone feels arousal.

The movie takes place over several decades as Tita and Pedro need to hide their forbidden love and Tita stands up to her mother.  The movie is framed by Tita’s grand-niece in the present day narrating the story around the recipes in Tita’s cookbook.

I saw it at the local arthouse cinema around the time it came out.

Pretty much everything else.

This movie strikes the right balance of magical, comical, and dramatic.  It explores a lot of issues through a whimsical story such as family, tradition, and gender.

Considering that this movie features a women-lead cast with men as side characters, depicts Mama Elena as a strong woman running a remote ranch on her own, and offers Tita as a more compassionate alternate version of strong womanhood, I’d say that it was ahead of its time in many ways.  It still feels very fresh to me event though the story took place over 100 years ago.

What is your favorite movie starting with L?  Any guesses for my M movie (Hint: it features a great quest)? Let me know in the comments.