This is my entry for “T” in the Blogging A to Z Challenge. Throughout April I will be watching and reviewing a documentary movie from A to Z. Some other “T” documentaries I’ve reviewed are 13th, Titicut Follies, Tower, and Trekkies.

This is the third documentary movie directed by Errol Morris after Gates of Heaven (1978) and Vernon, Florida (1981).  Like its predecessors, the movie is largely made up of interviews with various people edited together to tell a story.  The production values are much glossier and the soundtrack is scored by Phillip Glass.

A big change in this movie is the use of dramatic reenactments as the central crime in the movie is recreated several times from different perspectives. Typically, I cringe at dramatic reenactments and this movie has been credited (blamed for?) introducing them into hacky true crime tv shows from the 1990s to the present.  But under the direction of Morris, the reenactments appear more like art film shorts, and the way they show different people’s interpretation of the events has lead to the movie being compared to Rashomon.

The movie focuses on the murder of a Dallas police officer at a traffic stop in 1976, and the conviction of Randall Adams for the crime.  The movie’s thesis is that Adams is innocent of the murder, and examines the weak evidence against him while hypothesizing why the criminal justice system persisted in their case against him.  Interviewees include Adams, David Harris (the actual murderer), witnesses, judges, lawyers, and detectives.  Morris not only made an intriguing documentary, but the attention to the case lead to Texas overturning the conviction of Adams the following year. 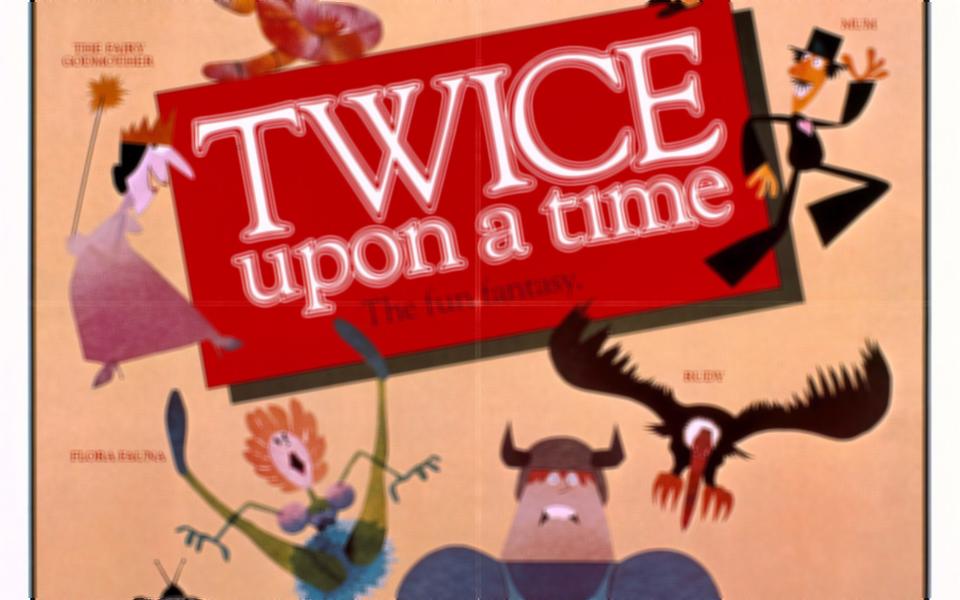 Filmed in a unique style of cut-out animation called Lumage, this movie tells a fairy tale about the people known as Rushers who live in the city of Din and how they receive their dreams.  Pleasant dreams come from Frivoli and nightmares come from the Murkworks.  The evil Synonamess Botch wants to subject the Rushers to nonstop nightmares so he has his vulture henchmen abduct Frivoli’s Greensleeves and Figmen of imagination.

A pair of Frivoli misfits, Ralph, the All-Purpose Animal and Mumford, team up with Greensleeves’ niece Flora and attempt a heroic rescue.  A Fairy Godmother and the macho but dim Rod Rescueman are also involved.  And Botch’s sidekick Scuzzbopper (I love this name) eventually switches sides to help out as well.  Things go horribly wrong before they go right.

Curiously, this was one of the first projects produced by Lucasfilm that was not related to Star Wars or Indiana Jones. It was also produced by The Ladd Company at the same time they produced another of my all-time favorites, The Right Stuff.  When both movies flopped at the box office, The Ladd Company shut down.

We were one of the last families in my area to get cable tv when I was a kid, so cable tv had a special aura to me.  My grandparents didn’t subscribe to cable tv either, but for some reason they could pick up a fuzzy broadcast of HBO from their neighbor’s apartment.  One day my sister and I watched Twice Upon a Time and thought it was the funniest thing ever.  I guess we’d never heard crude language in a cartoon before so it seemed a big deal.  This movie seemed to be a figment of my imagination for many years, but in the 90s when I was able to look things up on the internet, I decided to verify if this movie really existed.  I learned that there were actually TWO versions of the movie due to a conflict among the filmmakers, the version I saw and a “clean” family version that replaced it. The movie, especially the original cut, was very hard to find until both versions were released on DVD in 2015.

I remembered the villain yelling at the vultures.

The animation is creative and the story is imaginative.  The movie shows so much promise but fails in delivery.

I’m not sure why I found this so funny when I was around 9 years old, because it’s a bit of a dud on rewatching it.  I’ve probably built it up a lot in my mind over the years.  In the years since there has been plenty of animation that is imaginative, edgy, and culturally relevant (from The Simpsons to Spongebob to BoJack Horseman, and countless others) that Twice Upon a Time seems pretty feeble.  Additionally, Rod Rescueman’s sexual aggression is cringeworthy.  And much of the music is really cheezy, synth-heavy 80s pop (although there’s one song by Bruce Hornsby a couple of years before he emerged as a popular recording artist).

Far from it.  This is a movie that has a lot of potential, but for various reasons fails to achieve being even good.