Last week I had no podcasts to share.  This week I have a bumper crop!

BackStory :: The End of the Road: BackStory and the History of Finales in America

My favorite history podcast BackStory comes to an end with an episode about finales in American history, from President George Washington to Mary Tyler Moore.

Hidden Brain :: The Night That Lasted A Lifetime: How Psychology Was Misused In Teen’s Murder Case

The story of a Black Boston teenager, Fred Clay, who spent 38 years in prison after being wrongfully convicted based on evidence the police extracted using hypnosis.

The Last Archive :: For the Birds

Rachel Carson, the extinction of bird species, and climate change.

The modern practice of paramedics serving communities with an emergency medical service began in the Black community in Pittsburgh just over 50 years ago.

One side benefit of the COVID-19 pandemic is the reduced use of automobiles.  Some cities (not Boston, of course) have even taken advantage of creating space for people to walk and bike by closing roads to cars.  But even in rural areas, animals are thriving because of fewer collisions with motor vehicles.

Smithsonian Sidedoor :: Take Me Who Out to the Ballgame?

If you’re American, you’ve inevitably sung along with the chorus “Take Me Out to the Ballgame,” baseball’s unofficial anthem.  But if you’ve never heard the chorus, you may not know that the song is about a woman who wants to watch baseball at a time when that was considered a men’s only activity.  The podcast explores the history of how the song went “viral” and features music by Chicago White Sox organist Nancy Faust.

Civil disturbances in Black communities in America in 1967 lead President Johnson to call the Kerner Commission. The commission’s report revealed evidence of police violence that was criticized and ignored at the time, but still reads as a diagnoses of our present-day crises.

The Mourning [A] BLKstar website describes the group thusly:

We are a multi-generational, gender and genre non-conforming amalgam of Black Culture dedicated to servicing the stories and songs of the apocalyptic diaspora.

I can’t sum up MAB any better than that.  The music has touches of soul, touches of gospel,touches of jazz, and touches of hiphop, all built over electronic music. The music is most reminiscent to me of Algiers, but MAB is mostly unique and original.  If you like strong vocals, beautiful harmonies, horns that lift you up, and beats that make you want to move, this album is for you.

I’ve spent the past month “catching up” on album releases from the first six months of 2020, and this is my favorite of the year so far, but also probably the most important release of 2020. 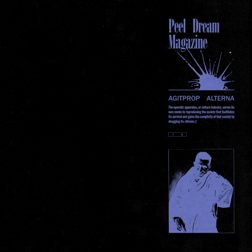 Brooklyn’s Peel Dream Magazine only formed in 2018, but they sound like they’ve mined the sounds of 90s bands like My Bloody Valentine and Stereolab. On the one hand, the lack of originality is frustrating.  I could just listen to Loveless and Emperor Tomato Ketchup if I wanted to.  On the other hand, those 90s bands are making anything new either and I love escaping in the dense swirls and minimalist  sounds of Peel Dream Magazine’s shoegaze  guitars and dreamy synths.