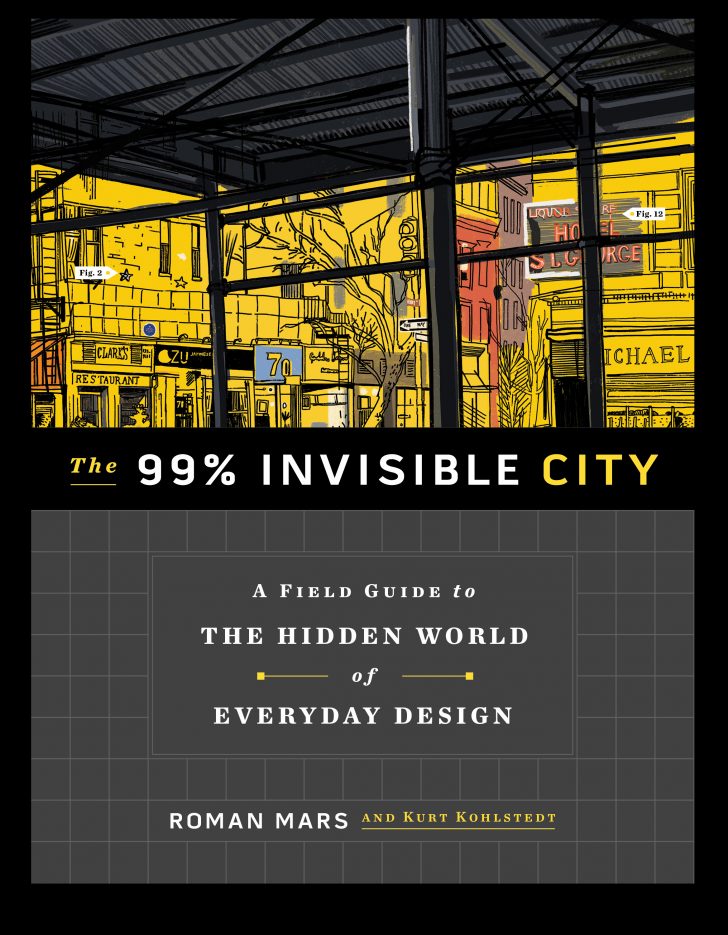 Summary/Review:
99% Invisible is one of my absolute favorite podcasts series. It focuses on “the unnoticed architecture and design that shape our world,” which sounds like a highly specific thing but actually leads to a wide diversity of fascinating topics. This book is a hand “field guide” to the little secrets of design you find in cities around the world. It includes many of the stories previously covered in podcast episodes as well as a lot of new material. You can read it straight through like I did, hop around the book at your leisure, or even just refer to it as a reference book.

Oddly fascinating topics you can learn about include:

All of this and more in this fascinating volume!