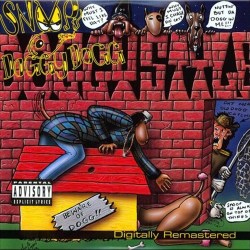 Thoughts: This album is lyrically crude, but I do like the grooves.  Snoop Dogg openly acknowledges his predecessors like George Clinton and PFunk and Slick Rick.  As someone who is still ignorant of 90s hip hop, I’m mostly surprised that this album seems to be source of all the vocabulary still used by white dudebros online to this day! 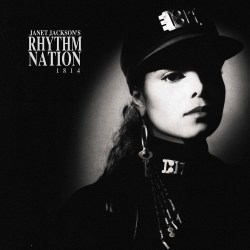 Artist: Janet Jackson
Album: Rhythm Nation 1814
Year: 1989
Label: A&M
Have I Listened to This Album Before?: Yes
Am I Familiar With This Artist/Songs from This Album?: Yes
Would I Listen to this Album Again?: No
Favorite Tracks:

Thoughts:Rhythm Nation 1814 completed the transition of Janet Jackson from the “little sister” to (imho) the most creative and talented of all the Jackson family members.  The earnestness of the lyrics addressing social injustices by “coming together” seem a little bit silly, but it’s also unsettling that the issues addressed on this album are still relevant 32 years later. 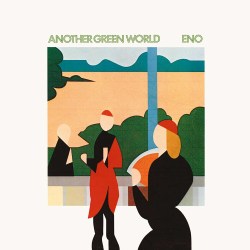 Artist: Brian Eno
Album: Another Green World
Year: 1975
Label: Island
Have I Listened to This Album Before?: No
Am I Familiar With This Artist/Songs from This Album?: Almost entirely through music Eno has worked on as a producer
Would I Listen to this Album Again?: Yes
Favorite Tracks:

Thoughts: Brian Eno is one of those people constantly name checked by music nerds. I never gave much thought to what music he’d make when not producing other people’s work.  Turns out it is pretty good.  But I tend to like ambient music, at least as something to lose oneself in.  Bonus fact:  Phil Collins plays the drums! 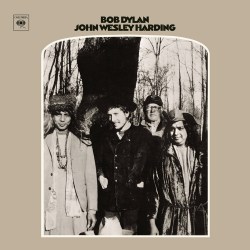 Artist: Bob Dylan
Album: John Wesley Harding
Year: 1967
Label: Columbia
Have I Listened to This Album Before?: No
Am I Familiar With This Artist/Songs from This Album?: Yes
Would I Listen to this Album Again?: Yes
Favorite Tracks:

Thoughts: Speaking of artists who music nerds love to name drop.  Open the Dylan hose, because there are two of his albums to discuss this week.  The album is a collection of acoustic folk tunes with minimal instrumentation, a return to this style for Dylan who had spent several years recording Blues-inflected music with electric instruments.  Dylan’s voice is less strained and nasally than I’ve typically heard him and actually pleasant to listen to.  I think I’ve finally heard a Dylan album where I get the hype. 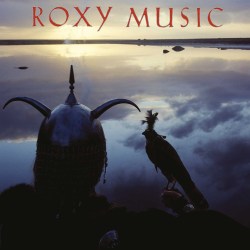 Artist: Roxy Music
Album: Avalon
Year: 1982
Label: E.G./Warner Bros.
Have I Listened to This Album Before?: No
Am I Familiar With This Artist/Songs from This Album?: Yes
Would I Listen to this Album Again?: No
Favorite Tracks: None
Thoughts: “Avalon” is the one song by Roxy Music I really know from repetitive play on Rock and then Classic Rock radio since the 1980s.  It turns out that I am also familiar with “More Than This” for similar reasons.  The band’s final album is largely an adult contemporary snooze although they sound vaguely like contemporaneous Talking Heads on “The Main Thing.” 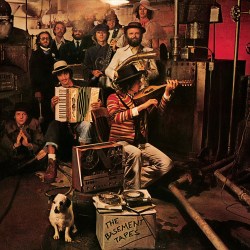 Artist: Bob Dylan and the Band
Album: The Basement Tapes
Year: 1975
Label: Columbia
Have I Listened to This Album Before?: No
Am I Familiar With This Artist/Songs from This Album?: Yes
Would I Listen to this Album Again?: Yes
Favorite Tracks: Kind of enjoyed the general vibe more than any individual songs.
Thoughts: As a Dylan skeptic, I’m finding myself surprised to be enjoying two different Dylan albums in the same post.  Much of this album was recorded in rural New York in 1967 while Dylan was recovering from a serious motorcycle crash, with some additional tracks recorded by The Band in ensuing years.  It was released in 1975 and since it was never intended to be an album it naturally doesn’t really cohere as an album.  Nevertheless, there’s an underlying relaxed and experimental feel to all the songs that dive into genres ranging from folk rock and Americana to rockabilly and country. 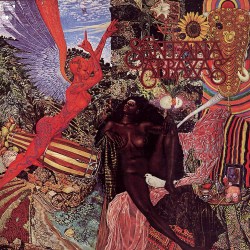 Artist: Santana
Album: Abraxas
Year: 1970
Label: Columbia
Have I Listened to This Album Before?: No
Am I Familiar With This Artist/Songs from This Album?: Yes
Would I Listen to this Album Again?: Yes
Favorite Tracks:

Thoughts: I was familiar with the two hits – “Black Magic Woman” and “Oye Como Va” – which I learned from the Rolling Stone synopsis are both cover songs from very different sources.  It was great to listen to this album and hear the fusion of so many different styles – Afro-Latin, soul, psychedelia, Blues, etc. – all harmonizing together. 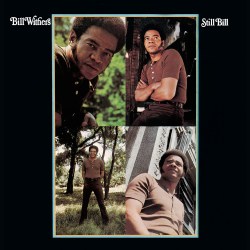 Artist: Bill Withers
Album: Still Bill
Year: 1972
Label: Sussex
Have I Listened to This Album Before?: No
Am I Familiar With This Artist/Songs from This Album?: Yes
Would I Listen to this Album Again?: Yes
Favorite Tracks:

Thoughts: I like Bill Withers but I’ve only listened to his greatest hits.  So I’d like to credit the RS500 for listing an original Withers studio album instead of a compilation as they are wont to do, especially with soul & R&B artists.  Of course, every song on this album sounds great so it may as well be a greatest hits compilation. 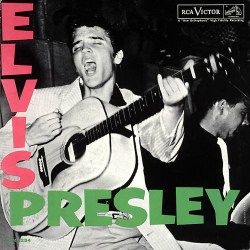 Artist: Elvis Presley
Album: Elvis Presley
Year: 1956
Label: RCA
Have I Listened to This Album Before?: Yes
Am I Familiar With This Artist/Songs from This Album?: Yes
Would I Listen to this Album Again?: Yes
Favorite Tracks:

Thoughts: Elvis the Celebrity, Elvis the Icon, Elvis the Self-Parody, and Elvis the Tragedy are often more than enough to overshadow Elvis the Great Rock and Roll Performer.  Listening to this debut album when I was younger was a revelation because up to that point I mainly knew Elvis as an eccentric guy who inspired battalions of Elvis impersonators. Albums were unusual for rock and roll artists at the time, and even more unusually the entire album was released as single (making it a compilation in reverse).  Sadly the contemporaneous hit single “Heartbreak Hotel” was left off the album which would have pushed this album to another level. 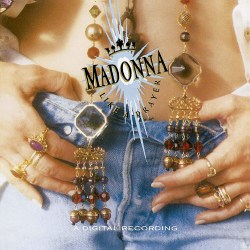 Artist: Madonna
Album: Like a Prayer
Year: 1989
Label: Sire
Have I Listened to This Album Before?: No
Am I Familiar With This Artist/Songs from This Album?: Yes
Would I Listen to this Album Again?: No
Favorite Tracks:

Thoughts: I was never big on Madonna’s music but I can’t deny her talent.  Not only did she have a keen ear for adapting musical trends at just the right time but from a business perspective she redefined what was possible for a woman artist taking control of her own career.  This album caps off Madonna’s domination of 1980’s pop (alongside Michael Jackson) and it right in the middle of her imperial period.  I tend to like Madonna’s earlier work the best so I was surprised when I peaked ahead at the RS500 rankings and saw that this was the earliest album release by Madonna to make the list. By the way, I never knew that Madonna and Prince collaborated.  Why wasn’t “Love Song” a bigger deal?

Sinuous.
It’s that time of the year again.
Cool kids on the train.
Duke Ellington Memorial by Robert Graham
Three Dancing Maidens by Walter Schott
Where the lines split.