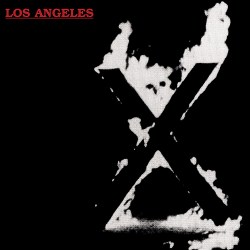 Artist: X
Album: Los Angeles
Year: 1980
Label: Slash
Have I Listened to This Album Before?: No
Am I Familiar With This Artist/Songs from This Album?: Yes
Would I Listen to this Album Again?: Yes
Favorite Tracks:

Thoughts: I came to X late, which means I never even heard of them until the mid-2000s when I acquired their 1982 album Under the Big Black Sun. I had that album in constant rotation for a time but Rolling Stone doesn’t consider it worthy to include in this list.  Anyhow, I lost interest in listening to more X when I learned the lead vocalist had become a right-wing conspiracy theorist.  But this album was produced by Ray Manzarek and includes a cover of a Doors song, so it’s pretty darn Los Angeles! 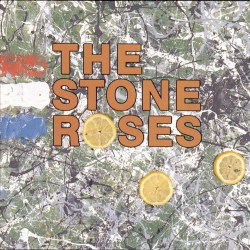 Thoughts: Unlike like a lot of albums in this list, The Stone Roses is one I came to at just the right time. It was one of the first “alternative” albums I got in high school after coming out of a two-year “classic rock” phase (perhaps the psychedelic sound made it a good transition from past to present for me). The album remains an all-time favorite of mine. It wasn’t until years later when I discovered how highly regarded the album is, particularly in the UK. 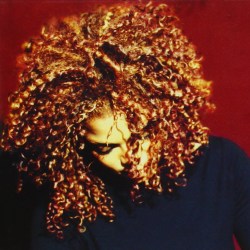 Artist: Janet Jackson
Album: The Velvet Rope
Year: 1997
Label: Virgin
Have I Listened to This Album Before?: No
Am I Familiar With This Artist/Songs from This Album?: Yes
Would I Listen to this Album Again?:
Favorite Tracks:

Thoughts: By 1997, I was so far removed from the pop/Top 40 world that I had no idea that Janet Jackson was even still releasing albums.  I didn’t expect to recognize anything but “Got ‘Til It’s Gone” stood out, mainly because of the Joni Mitchell sample and the Q-Tip rap. 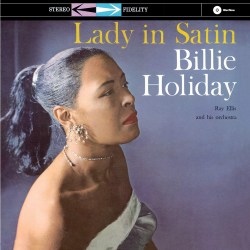 Artist: Billie Holiday
Album: Lady in Satin
Year: 1958
Label: Columbia
Have I Listened to This Album Before?: No
Am I Familiar With This Artist/Songs from This Album?: Yes
Would I Listen to this Album Again?: Yes
Favorite Tracks:

Thoughts: This album’s inclusion on the list is a bit of a surprise if only because Billie Holiday’s life and career mostly preceded the LP record era, as well as Rolling Stone’s habit of recognizing non-rock artists with compilations. So this is a pleasant surprise. This was the last album released before Holiday’s death and features a 40-piece orchestra lead by Ray Ellis.  Holiday’s voice has a timbre that complements the rich instrumentation of the orchestra. Holiday had suffered a lot of trouble but her voice remained expressive and beautiful. 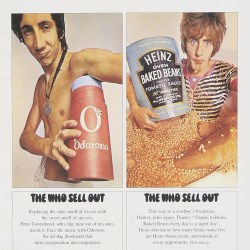 Artist: The Who
Album: The Who Sell Out
Year: 1967
Label: Decca
Have I Listened to This Album Before?: No
Am I Familiar With This Artist/Songs from This Album?: Yes
Would I Listen to this Album Again?: Yes
Favorite Tracks:

Thoughts: Even for 1967, this is a weird album.  In the same year The Beatles were credited with the release the first rock & roll concept album, The Who put out this collection of songs, mock ads, radio call signs, and humorous skits that work together far better conceptually.  The one song I recognize from the album was the single “I Can See for Miles,” but this song is not representative of the rest of the music on the album.  Instead there’s a mix of psychedelia, art rock, R&B, folk rock, and music hall styles.  Overall there’s a theatricality to the album that presages the band’s later rock operas.  While I haven’t selected a lot of favorite tracks, I kind of like the whole thing as an artifact of its time. 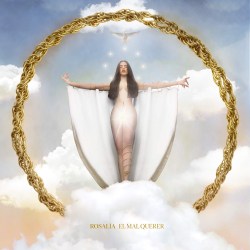 Artist: Rosalía
Album: El Mal Querer
Year: 2018
Label: Sony
Have I Listened to This Album Before?: No
Am I Familiar With This Artist/Songs from This Album?: No
Would I Listen to this Album Again?: No
Favorite Tracks: none
Thoughts: I’d never heard of Rosalía but learned that she is a Spanish singer-songwriter who incorporates traditional flamenco music into Latin R&B and electronic dance music.  I like the songs that sound more traditional, but overall this is not my thing.  This album does not appear to have charted in the U.S. so kudos to Rolling Stone to branching out to the non-Anglophone world. 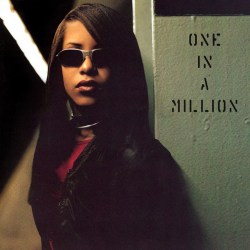 Artist: Aaliyah
Album: One in a Million
Year: 1996
Label: Blackground/Atlantic
Have I Listened to This Album Before?: No
Am I Familiar With This Artist/Songs from This Album?: No
Would I Listen to this Album Again?: Maybe
Favorite Tracks:

Thoughts: Trying to find One in a Million for this project makes me reflect on streaming music services because it is currently not available on any of them.  I would not be able to do this project without streaming music.  My unfamiliarity with a lot of these albums is partially due to how cost-prohibitive it was to acquire 500 LPs, cassettes, CDs, or MP3s not to mention that they take up a lot of space either physically or on a disk drive. It also make it easier to discover new music as opposed to just having the radio and recommendations of friends to go by.  The downside of streaming is that when music by an artist like Aaliyah is not available, it’s almost as if their music disappears.  Luckily I was able to listen to this album on YouTube for now.  It’s actually very impressive that the work of Aaliyah, who died in a plane crash in 2002, sounds stunningly contemporary for 2021. 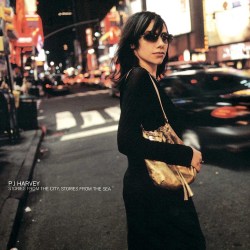 Artist: PJ Harvey
Album: Stories From the City, Stories From the Sea
Year: 2000
Label: Island
Have I Listened to This Album Before?: No
Am I Familiar With This Artist/Songs from This Album?: No
Would I Listen to this Album Again?: No
Favorite Tracks: None
Thoughts: I only know PJ Harvey by name and like a lot of artists I always meant to find out more.  So I was disappointed to find that this album sounds very generic and bland to me.  If there are P.J. Harvey fans out there, please let me know if this is really her best work or if Rolling Stone is being weird again. 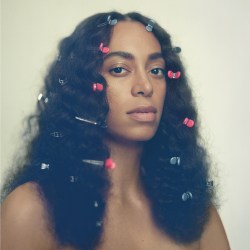 Artist: Solange
Album: A Seat at the Table
Year: 2016
Label: Saint/Columbia
Have I Listened to This Album Before?: 2016
Am I Familiar With This Artist/Songs from This Album?: Yes
Would I Listen to this Album Again?: No
Favorite Tracks: none
Thoughts: I remember listening to this album when it came out but didn’t end up writing an album review because I couldn’t think of anything to say.  Solange explores issues of the day both personal and political through mostly downbeat songs, and with this album emerged from the shadow of her more famous sister Beyoncé (and this album pairs well with Beyoncé’s Lemonade release earlier in the year).  I still can’t think of much to say about it though. 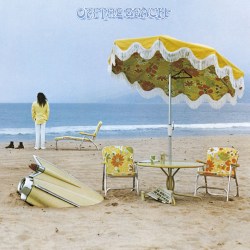 Artist: Neil Young
Album: On the Beach
Year: 1974
Label: Reprise
Have I Listened to This Album Before?: No
Am I Familiar With This Artist/Songs from This Album?: Yes
Would I Listen to this Album Again?: No
Favorite Tracks:

Thoughts: My long held opinion on Neil Young is that he is a talented artist and I can appreciate why people like him a lot, but his music is just “not my thing.”  On the 2nd of 6 albums by Neil Young on this list, I still hold that opinion, but I have to admit that his takes on the Blues and old time music make for an enjoyable listen. Of course, listening to the pessimistic lyrics means that taking that “enjoyable” with a grain of salt.