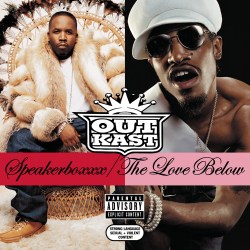 Artist: OutKast
Album: Speakerboxxx/The Love Below
Year: 2003
Label: LaFace
Have I Listened to This Album Before?: No
Am I Familiar With This Artist/Songs from This Album?: Yes
Would I Listen to this Album Again?: No
Favorite Tracks:

Thoughts: One thing I’m learning from this project is that Southern hip hop may be my favorite form of hip hop.  But this album is a little too much of a good thing.  It’s essentially two albums, one driven by Big Boi and the other by André 3000 for a total of 39 tracks!  I suppose like The White Album, paring it down into one album would have been a Sisyphean task, but I felt like I was enduring this album more than enjoying it. 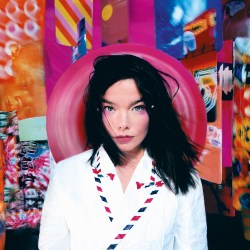 Artist: Björk
Album: Post
Year: 1995
Label: Elektra
Have I Listened to This Album Before?: Yes
Am I Familiar With This Artist/Songs from This Album?: Yes
Would I Listen to this Album Again?: Yes
Favorite Tracks:

Thoughts: I haven’t listened to Björk in a long while and forgot just how amazingly good this album is.  I ranked Post at #83 on my 2009 list of favorite albums which feels low in retrospect.  Of course, I ranked Homogenic higher as did Rolling Stone, so we’ll see about that when we get there. 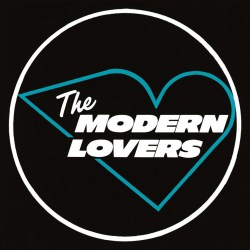 Thoughts: “Roadrunner” is the unofficial anthem of Massachusetts and one of my all-time favorite songs, but I hadn’t given The Modern Lovers as much attention as they deserved up until now. Jonathan Richman and The Modern Lovers might need to be a future Music Discovery project. 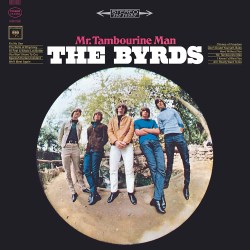 Artist: The Byrds
Album: Mr. Tambourine Man
Year: 1965
Label: Columbia
Have I Listened to This Album Before?: No
Am I Familiar With This Artist/Songs from This Album?: Yes
Would I Listen to this Album Again?: Yes
Favorite Tracks:

Thoughts:  The Byrds covered songs by Bob Dylan and Pete Seeger but I feel that they were at their best with their original songwriting, such as Gene Clark’s “I’ll Feel a Whole Lot Better.” The Byrds were hailed as the mid-60s American response to the British Invasion, but songs like this are timeless. 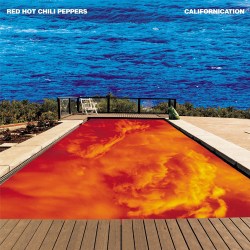 Artist: Red Hot Chili Peppers
Album: Californication
Year: 1999
Label: Warner Bros.
Have I Listened to This Album Before?: No
Am I Familiar With This Artist/Songs from This Album?: Yes
Would I Listen to this Album Again?:
Favorite Tracks:

Thoughts: Red Hot Chili Peppers have always been a band for me that sound good on first listen but my appreciation for them deteriorates on repeat listening.  Unfortunately, Red Hot Chili Peppers are a band that has been overexposed and repeat listenings are impossible to miss.  I’m surprised to see a 1999 album here instead of one of the band’s earlier works since they’d kind of become a parody of themselves by this point. At any rate, this album was just fine to listen to for this project, but knowing what I know, I wouldn’t want to listen to it again. 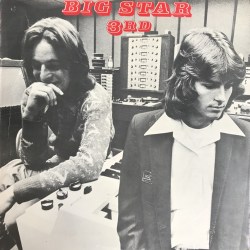 Artist: Big Star
Album: Third/Sister Lovers
Year: 1978
Label: PVC
Have I Listened to This Album Before?: No
Am I Familiar With This Artist/Songs from This Album?: Yes
Would I Listen to this Album Again?: No
Favorite Tracks:

Thoughts: Big Star, the ultimate critics’ band, has their entire discography of three albums on this list.  On the previous two albums, I didn’t see what the big deal was, but I’m starting to see the appeal on this album.  Ironically, there isn’t agreement on whether this is even should be a Big Star album as it was mainly a project of band members Alex Chilton and Jody Stephens.  The album has been released under two different names with 7 different track listings.  I’m pretty sure I didn’t listen to the same version ranked by Rolling Stone since “Kanga Roo” was not the last track, but I suppose I got the gist. 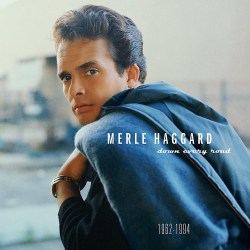 Artist: Merle Haggard
Album: Down Every Road 1962-1994
Year:1996
Label: Capitol
Have I Listened to This Album Before?: No
Am I Familiar With This Artist/Songs from This Album?: No
Would I Listen to this Album Again?: No
Favorite Tracks:

Thoughts: I’ve grumbled before about this list including compilations, but this takes the cake. Down Every Road 1962-1994 is a boxed set with 100 songs on it and almost five hours of material.  How can this even compare with other albums on this list that are discrete collections of an artist’s work from one particular time in their career?  I’ve made the executive decision to instead listen to the 26-track Hag: The Best of Merle Haggard (2006). 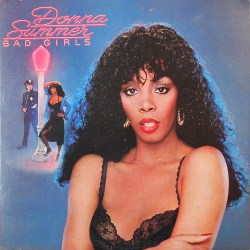 Artist: Donna Summer
Album: Bad Girls
Year: 1975
Label: Casablanca
Have I Listened to This Album Before?: No
Am I Familiar With This Artist/Songs from This Album?: Yes
Would I Listen to this Album Again?:
Favorite Tracks:

Thoughts: Boston’s own Donna Summer was already the Queen of Music when she took on the music world with this album she could dominate any musical style.  I learned a lot about Donna Summer and gained a lot of respect for her work and influence from listening to the Slate Hit Parade podcast. You can really hear the influence on dance music and electronic music to this day (“Our Love” could’ve been covered by Erasure with little changes). On the downside, the ballads also anticipate cheezy R&B hits of the 1980s, and a number of the songs are overlong and repetitive. 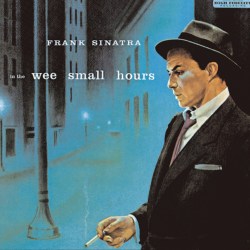 Artist: Frank Sinatra
Album: In the Wee Small Hours
Year: 1955
Label: Capitol
Have I Listened to This Album Before?: No
Am I Familiar With This Artist/Songs from This Album?: Yes
Would I Listen to this Album Again?: Yes
Favorite Tracks:

Thoughts: The LP record was introduced in 1948, and 7 years later Frank Sinatra and Capitol Records innovated how the LP could be used to package a collection of popular music.  In the Wee Small Hours is even called the first concept album since all the songs deal with themes of failed romance, loneliness, and late nights.  Sinatra’s voice sounds great and Nelson Riddle’s arrangements are lushly orchestrated.  The downside is that since every song is slow-tempo and remorseful that there isn’t much variety in the album. 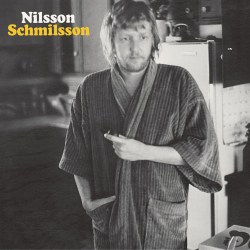 Artist: Harry Nilsson
Album: Nilsson Schmilsson
Year: 1971
Label: RCA
Have I Listened to This Album Before?: No
Am I Familiar With This Artist/Songs from This Album?: Yes
Would I Listen to this Album Again?: No
Favorite Tracks:

Thoughts: Harry Nilsson is a name I know, primarily from his “Everybody’s Talking” being played repeatedly in Midnight Cowboy.  My first thought listening to this album is that he should have written for Broadway musicals (he didn’t) or have a jukebox musical created of his work (none exists to my knowledge).  His music has been used in lots of movies and tv shows and my feeling that he is similar to Randy Newman is justified by the fact that I found Nilsson actually recorded an entire album of Newman tunes.  Twice on this album, I exclaimed “That’s who sings this song!” for “Without You” and “Coconut.”  Unfortunately, I don’t like either of those songs but the rest of the album is pretty good especially the opening track “Gotta Get Up.”