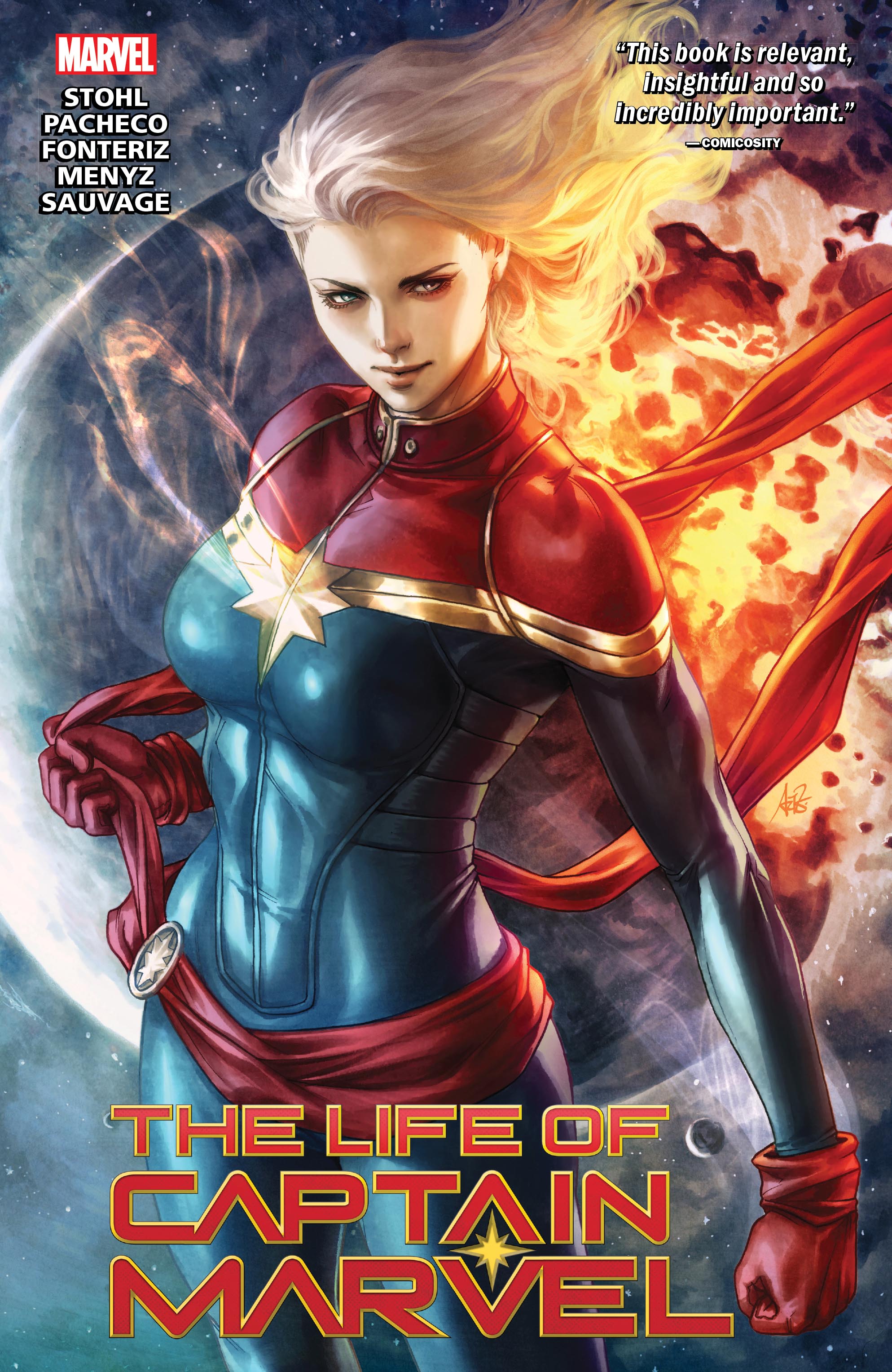 After reading Kraven’s Last Hunt, I decided to check out another book in the Marvel Selects series. The material in this collection isn’t actually all that old, only dating to 2018.  It tells Captain Marvel’s origin story framed within a story of Carol Danvers taking a break from the Avengers to visit her family at their summer home in Maine.  (Did you know that Carol is from the Boston area, they didn’t say that in the movie?)  With flashbacks to her childhood and confrontations with her mother and brother, Carol learns secrets about her parents and the origins of her powers.  As origin stories go, it’s pretty well done.

I wasn’t aware of the work of  Rian Johnson before I saw The Last Jedi (which I will always love despite the concerted effort of whiny manbabies try to discredit it) and Knives Out. I was eager to see Johnson’s earlier work and The Brothers Bloom is his second feature film as director. Mark Ruffalo and Adrien Brody play the titular brothers Stephen and Bloom whose childhood in foster homes leads them to a life as conmen.

While Stephen has always enjoyed writing the elaborate stories behind their complex con jobs, Adrien has regretted not being able to form real relationships.  Stephen plays one last con with the mark being Penelope Stamp (Rachel Weisz), a quirky heiress who lives alone in a New Jersey mansion.  The brothers and their silent partner Bang Bang (Rinko Kikuchi, she literally doesn’t talk, that’s the joke) carry out a multinational plot and soon it becomes hard for even Bloom to realize what is real and what is part of the con.

I thought that the movie would end up having Penelope playing a con on the brothers Bloom, or perhaps that Stephen was using the con to set up Bloom with Penelope romantically.  Neither of these twists happen although Bloom and Penelope become a couple anyway.  For some reason I can’t understand the movie appears to be set in the present day but the brothers wear 1930s style clothing and travel on a transatlantic steamship. The whole feel of the movie is kind of a cross of Wes Anderson’s precious style with early New Hollywood films of the late 60s/early 70s.  There are some good moments but overall the movie doesn’t really grab me.  I would of liked it better if Penelope and Bang Bang went off on their own adventure and left the boy drama behind.