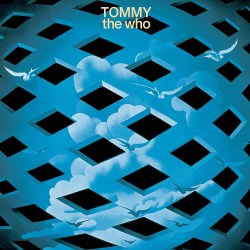 Artist: The Who
Album: Tommy
Year: 1969
Label: Decca
Have I Listened to This Album Before?: Maybe
Am I Familiar With This Artist/Songs from This Album?: Yes
Would I Listen to this Album Again?: Yes
Favorite Tracks:

Thoughts: I’ve always had trouble getting into The Who, which I feel bad about because I can tell that they’re a good band. Long, long ago I read Pete Townshend’s description of the rock opera, and I thought it sounded silly.  Well, finally listening to the whole thing I’ve grown to appreciate the storytelling and the variety of musical styles that accompaniment.  I may be on the way to becoming a Who fan after all. 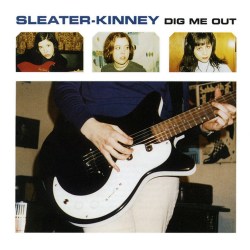 Artist: Sleater-Kinney
Album: Dig Me Out
Year: 1997
Label: Kill Rock Stars
Have I Listened to This Album Before?: Yes
Am I Familiar With This Artist/Songs from This Album?: Yes
Would I Listen to this Album Again?: Yes
Favorite Tracks:

Thoughts: One of the great alternative rock albums of the 1990s and it only sounds better over time. 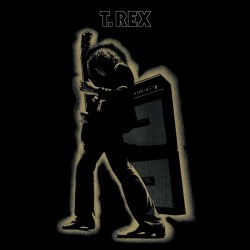 Artist: T. Rex
Album: Electric Warrior
Year: 1971
Label: Reprise
Have I Listened to This Album Before?: No
Am I Familiar With This Artist/Songs from This Album?: Yes
Would I Listen to this Album Again?:
Favorite Tracks:

Thoughts: Confession: I love “Bang A Gong (Get It On).”  By the 1980s supergroup The Power Station.  But the original version is good too. 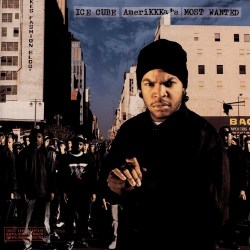 Artist: Ice Cube
Album: AmeriKKKa’s Most Wanted
Year: 1990
Label: Priority
Have I Listened to This Album Before?: No
Am I Familiar With This Artist/Songs from This Album?: No
Would I Listen to this Album Again?: No
Favorite Tracks:

Thoughts: The misogynist lyrics on this album are hard to get past, but Ice Cube’s flow and the expert production of The Bomb Squad make this album great to listen to. It’s definitely a transition album from the Old School rap of the 80s to the Gangsta Rap of the 90s filtered through the socially-conscious rap of Public Enemy. 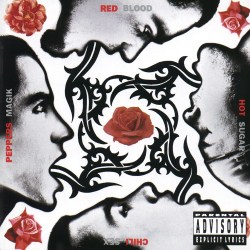 Artist: Red Hot Chili Peppers
Album: Blood Sugar Sex Magik
Year: 1991
Label: Warner Bros.
Have I Listened to This Album Before?: No
Am I Familiar With This Artist/Songs from This Album?: Yes
Would I Listen to this Album Again?: No
Favorite Tracks:

Thoughts: I’ve never had strong feelings for the Chili Peppers.  I like some of their early stuff and I always liked Flea’s bass playing. This album seems to mark their transition into a band that’s just kind of boring.  The 17 tracks on this bloated album certainly emphasize the sameness of their music.  I remember liking “Under the Bridge” for a while before overexposure killed it for me. 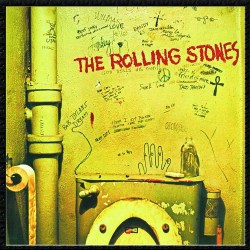 Artist: The Rolling Stones
Album: Beggars Banquet
Year: 1968
Label: Decca
Have I Listened to This Album Before?: Yes
Am I Familiar With This Artist/Songs from This Album?: Yes
Would I Listen to this Album Again?: Yes
Favorite Tracks:

Thoughts:  This is probably my favorite Rolling Stones album.  The band is doing what they do best, recreating Blues Rock and incorporating other Americana.  I know some of the Stones ended up getting houses in the United States, but I’m not sure how much time they’d spent America before they made this album.  Nevertheless they seemed to have a greater appreciation for American roots music than a lot of Americans at the time.  This is also the Stones at their most political, with songs like “Street Fighting Man” and “Salt of the Earth.” 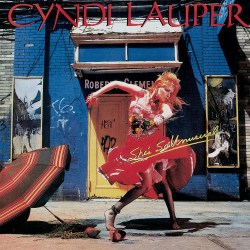 Artist: Cyndi Lauper
Album: She’s So Unusual
Year: 1983
Label: Portrait
Have I Listened to This Album Before?: I think so, my sister had the album.
Am I Familiar With This Artist/Songs from This Album?: Yes
Would I Listen to this Album Again?: Yes
Favorite Tracks: 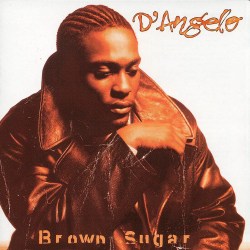 Artist: D’Angelo
Album: Brown Sugar
Year: 1995
Label: EMI
Have I Listened to This Album Before?:
Am I Familiar With This Artist/Songs from This Album?:
Would I Listen to this Album Again?:
Favorite Tracks: None

Thoughts: I hadn’t heard of D’Angelo before another one of his albums appeared earlier in this chart.  Now that we’ve reached the appearance of his debut album on the RS 500, I know that I’ve been ignorant of D’Angelo for 26 years. This is probably because this type of music is Not My Thing, but I’m sure it’s great for those who like it.  As an aside, there’s a recurring riff in some of these songs that makes me think of the McDonald’s jingle. 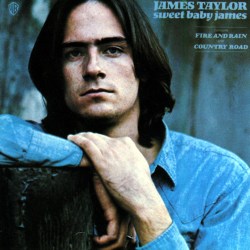 Artist: James Taylor
Album: Sweet Baby James
Year: 1970
Label: Warner Bros.
Have I Listened to This Album Before?: No
Am I Familiar With This Artist/Songs from This Album?: Yes
Would I Listen to this Album Again?: No
Favorite Tracks:

Thoughts: I’ve always had mixed feelings for James Taylor.  On the one hand, he’s an exemplar of the soft rock sound I don’t like.  On the other hand he’s written some incredibly beautiful tunes with moving lyrics.  This album is fine, but I think I’ll stick with his greatest hits. 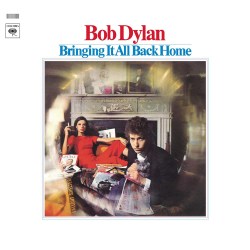 Artist: Bob Dylan
Album: Bringing It All Back Home
Year: 1965
Label: Columbia
Have I Listened to This Album Before?: No
Am I Familiar With This Artist/Songs from This Album?: Yes
Would I Listen to this Album Again?: Yes
Favorite Tracks:

Thoughts: Dylan goes electric with the backing of a rock & roll band on the first side of this album (although there are some supposedly electric tracks where I don’t hear electric guitars).  This is almost a greatest hits album for Dylan since it contains songs I love in their cover versions like “Maggie’s Farm” and “Mr. Tambourine Man” (by The Specials and The Byrds respectively) and some of the best songs performed by Bob himself, “Subterranean Homesick Blues” and “It’s Alright, Ma (I’m Only Bleeding).”

Many years ago a friend told me “You’ve got to see The Big Lebowski.”  So I got the DVD and watched and then went back to him and told him I’d watched.  “Yeah, I didn’t like that movie,” he told me.  When I said, “But you told me to watch it!,” he replied “That’s because I knew you would like it.”  I guess my friend knows me because I do in fact like The Big Lebowski and I think rewatching it after many years I like it even better than before.

The Big Lebowski  is basically the ultimate shaggy dog story.  It takes inspiration from Raymond Chandler and Dashiell Hammett novels and their movie adaptations.  It’s not so much a noir detective story as the episode structure of the protagonist falling into a series of conflicts with strange people that seem like that might add up to something, but upon reflection it doesn’t make much sense.  Actually, the movie Laura which I watched recently is a lot like this too.

The Big Lebowski is about “The Dude” (Jeff Bridges), whose real name is Jeff Lebowski, an unemployed slacker who spends his time bowling, drinking White Russians, and smoking pot.  A couple of hired thugs mistake him for a wealthy man also named Jeffrey Lebowski and pee on his rug “that really held the room together.”  In an attempt to get his rug replaced by the “Big Lebowski” (David Huddleston), The Dude ends up being recruited as a middleman when Lebowski’s trophy wife (Tara Reid) is kidnapped.

The supporting cast includes The Dude’s unstable friend Walter (John Goodman), the ultimate mansplainer and possible future MAGA who is on The Dude’s bowling team along with the dim but kind Donny (Steve Buscemi).  Among the people The Dude encounters investigating the kidnapping are Maude Lebowski (Julianne Moore), the Big Lebowski’s daughter who is a performance artist with a ridiculously affecte mid-Atlantic accent. Then there’s Same Elliot as The Stranger, who narrates part of the film and drinks sarsaparilla at the bar with no clear reason for being in the movie.

The Big Lebowski is great because of its quotable dialogue, great performances (even actors who only appear in one or two scenes are memorable), and an eclectic soundtrack with songs tied to the various characters.  The Dude also hates the Eagles, man.  The movie may be one of the all-time great Los Angeles films, and I’m glad I watched it so soon after Mulholland Drive which makes a great double feature.