In September 2020, Rolling Stone magazine released their most recent list of the 500 Greatest Albums of All Time, which includes a greater variety of artists and genres than previous lists. Looking through the list, there were many albums I’d never listened to before and a few I’d never even heard of. In fact, counting it up, I found that I’d only listened to 140 of the albums, although I’d heard songs from many more. So I’ve decided my project for 2021 is to listen to 10 albums each week and write up some thoughts about each one. 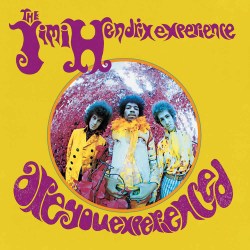 Artist: Jimi Hendrix Experience
Album: Are You Experienced
Year: 1967
Label: Track
Have I Listened to This Album Before?: Yes
Am I Familiar With This Artist/Songs from This Album?: Yes
Would I Listen to this Album Again?: Yes
Favorite Tracks:

Thoughts: It’s a bit of a surprise that this is Jimi Hendrix’s highest ranked album on this list since I think he improved and matured over time.  But he started off at such a high level that this debut album definitely deserves a spot in this list regardless. I listened to this album for the first time in the late 80s and it was still a mindboggling sound. 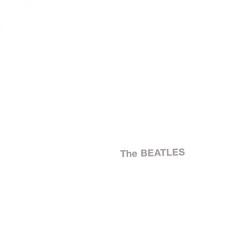 Artist: The Beatles
Album: The Beatles
Year: 1968
Label: Apple
Have I Listened to This Album Before?: Yes
Am I Familiar With This Artist/Songs from This Album?: Yes
Would I Listen to this Album Again?: Yes
Favorite Tracks:

Thoughts: The Beatles weirdest album, nicknamed “The White Album” for it’s unadorned cover, is a sprawling collection of 30 tracks on two LPs. The Beatles play with musical genres such as reggae, country, proto-metal, music hall, and avant garde sound.  And a lot of the tracks don’t feature all four members of the bands as their splintering interests find them working in smaller groups or alone and with support from outside artists.  Despite all this it is a wonderful, wild collection. I can’t imagine what people in 1968 thought when they heard this.  Yes, there is the stereotype that everyone was using psychedelic drugs while listening to the White Album but I’m sure there were plenty of “normies” who found listening to the new sounds of their beloved moptops trippy enough while sober. 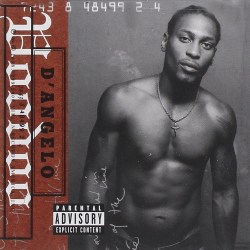 Artist: D’Angelo
Album: Voodoo
Year: 2000
Label: EMI
Have I Listened to This Album Before?: No
Am I Familiar With This Artist/Songs from This Album?: No
Would I Listen to this Album Again?: No
Favorite Tracks:

Thoughts: D’Angelo drew up 60s & 70s soul, jazz fusion, and a touch of Prince mixed with a hip-hop sensibility to create this album.  I have only recently learned of the neo-soul movement of the late Nineties/Early Oughts of which this album is the apotheosis.  As typical of these albums I appreciate the artistry while not being moved by the often downbeat tunes. 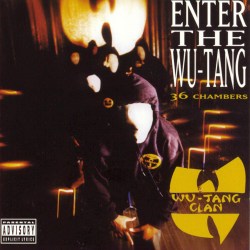 Artist: Wu-Tang Clan
Album: Enter the Wu-Tang (36 Chambers)
Year: 1993
Label: Loud
Have I Listened to This Album Before?: No
Am I Familiar With This Artist/Songs from This Album?: No
Would I Listen to this Album Again?: Yes
Favorite Tracks:

Thoughts: I’ve been looking forward to listening this album because I’ve heard a lot in recent years how legendary it is.  Curiously, at the time this was released I was listening to Fu-Schnickens, a hip-hop act of significantly less regard who also incorporated the aesthetic of martial arts movies into their music.  I’m often on the wrong side of history, but Enter the Wu-Tang (36 Chambers) was worth the wait. 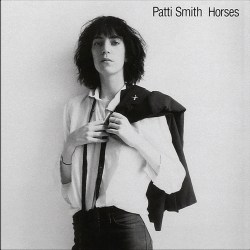 Artist: Patti Smith
Album: Horses
Year: 1975
Label: Arista
Have I Listened to This Album Before?: No
Am I Familiar With This Artist/Songs from This Album?: Yes
Would I Listen to this Album Again?: Yes
Favorite Tracks:

Thoughts: Patti Smith’s minimalist/punk rock/poetry debut is the stuff of legend.  I’m not sure what to make of it, and was originally considering filing it under Not My Thing, but I think it deserves further contemplation when I have more time.  So my opinion on this album is still forming. 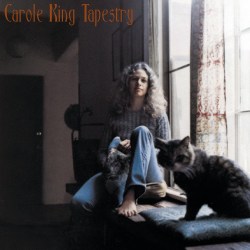 Artist: Carole King
Album: Tapestry
Year: 1971
Label: Sony
Have I Listened to This Album Before?: No
Am I Familiar With This Artist/Songs from This Album?: Yes
Would I Listen to this Album Again?: Yes
Favorite Tracks:

Thoughts: Carole King’s presence in popular music is so big that you know her music even if you don’t know who she is.  After writing hit songs for over a decade, King recorded herself singing a collection of her originals as well as some “covers” of songs that she wrote that were big hits for other artists.  I generally don’t like the singer/songwriter sound of the early 70s, but this album is really good. 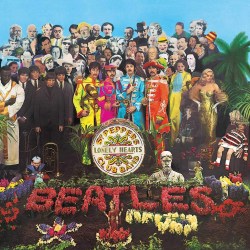 Artist: The Beatles
Album: Sgt. Pepper’s Lonely Hearts Club Band
Year: 1967
Label: Capitol
Have I Listened to This Album Before?: Yes
Am I Familiar With This Artist/Songs from This Album?: Yes
Would I Listen to this Album Again?: Yes
Favorite Tracks:

Thoughts:  For so many years Sgt. Pepper’s Lonely Hearts Club Band was the perennial Number One on lists of Greatest Albums of All Time.  The Beatles ambition in creating this album which reshaped the possibilities of rock music and cemented the album as the main way to release popular music for decades, cannot be denied.  But musically, it hasn’t held up as well as a lot of The Beatles other work.  Which is to say, it’s still pretty darn good. 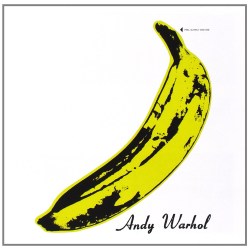 Thoughts: I’ve always liked The Velvet Underground better without Nico, because I find her precise diction kind of pretentious.  But it turns out that she doesn’t have the lead vocal an all that many tracks.  This is another album that must’ve been mind-blowing to people hearing it when it was first released, although that was a small group.  The rest of us had to catch up. 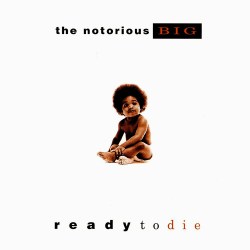 Artist: The Notorious B.I.G.
Album: Ready To Die
Year: 1994
Label: Bad Boy
Have I Listened to This Album Before?: No
Am I Familiar With This Artist/Songs from This Album?: Yes
Would I Listen to this Album Again?: Yes
Favorite Tracks:

Thoughts:  Biggie sounds really good on his debut album.  Lyrically, I really love how appreciative he sounds of his fame and fortune as well as his honesty about his past.  It’s also something to consider that he’s among the first generation to grow up with rap, and he pays tribute to his forebears.  I liked the misogyny and celebration of crime and violence a whole lot less. 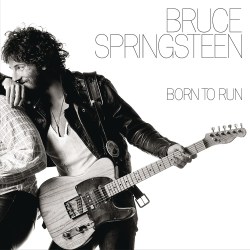 Artist: Bruce Springsteen
Album: Born to Run
Year: 1975
Label: Columbia
Have I Listened to This Album Before?: Yes
Am I Familiar With This Artist/Songs from This Album?: Yes
Would I Listen to this Album Again?: Yes
Favorite Tracks:

Thoughts: Bruce Springsteen has gone through a lot of musical styles and images through his long career, but the Born to Run era is the one that stands out as iconic Springsteen.  I don’t like this album as much as some of the other Springsteen albums we’ve discussed but it is undeniably a good one.