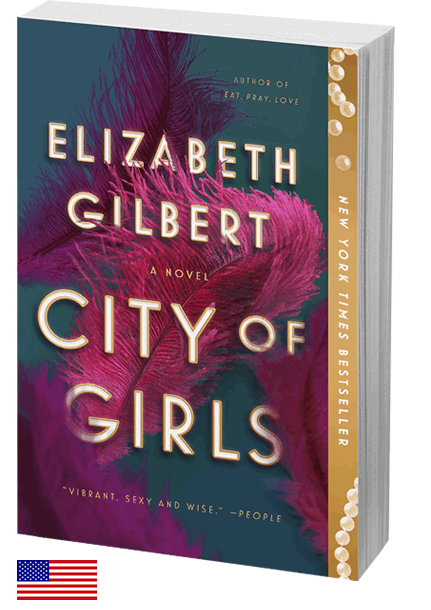 This novel is narrated by Vivian Morris, the black sheep of a wealthy New York State family who flops at Vassar College in 1940.  Her parents ship her off to New York City to live with her eccentric Aunt Peg, who operates a low-rent theater. Vivian offers he skills as a seamstress to costume design and gets sucked into the glamorous life of the New York theater world. Along the way she befriends a showgirl Celia, becomes enchanted with the refugee English actor Edna, and falls in love/lust with the lead actor.  After a few poor choices she finds herself embroiled in a scandal.

The latter parts of the novel explore Vivian’s life during World War II and in the decades beyond.  Vivian matures and takes on more responsibility and eventually starts her own business, finding the right balance for a countercultural life as an independent woman in the years before women’s liberation.  She also forms a relationship with a WWII veteran suffering  PTSD, Frank.  This latter part of the novel is interesting but it feels more like a long epilogue to Vivian’s life in the pre-WWII theater world.

City of Girls is an enjoyable historical novel and I definitely found it to be a page turner.  True to its title, almost all the significant characters are female with men playing supporting parts which is a good change from the typical novel.  It’s a long book and yet packing several decades of Vivian’s life into maybe the last third of the book still feels rushed, but that’s its only really flaw.