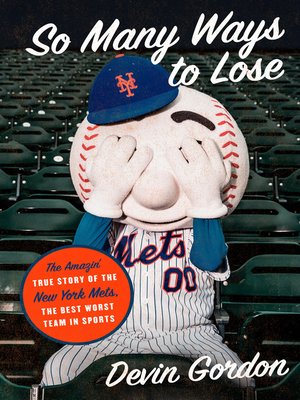 So Many Ways to Lose is a history of the New York Mets by a long-time fan and writer who happens to live near me in Massachusetts. Gordon’s thesis is that the Mets are a team that is known for their futility and for losing in creative ways, and yet that has only made their moments of greatness all the more endearing.

Since I’ve read a lot about the Mets (and of course, spent most of my life watching the team), I was familiar with many of these stories.  But I was impressed with the angles Gordon took on telling the stories. I particularly liked:

The parts on the Mets success in 2006 (and subsequent flops in 2007-2008) and 2015 feel rushed.  But then again I’ve read about those accomplishments in other books.  This is an enjoyable sports book and a requirement for every Mets’ fan’s library.