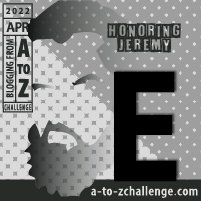 Documentaries starting with the letter E that I have previously reviewed include:

This documentary is a story about public housing in Atlanta, but it could be in Boston or New York or Chicago or St. Louis or Los Angeles, as the same story has played out again and again in cities across the country.  Once seen a vital stepping stone for the white working class, in post-World War II America, the emphasis shifts to subsidizing suburban living and public housing becomes the place to warehouse the poorest of the poor, typically people of color.  Even when new public housing is built it is poorly planned – in East Lake Meadows, the houses were flooding with sewage soon after tenants moved in – and poorly maintained.  Out of sight and out of mind, public housing is plagued by drug abuse and crime.

What’s great about this documentary is that it tells this familiar story from the point of view of the Black residents of the East Lake Meadows project.  They tells stories of crime and indignity, yes, but also of joy.  Despite all the problems of public housing there also were the advantages of forming strong community bonds.  And there were those who fought for their community to have something better, in this case the late Eva Davis.  Unfortunately, but not unexpectedly, when improvements came with the demolition of East Lake Meadows in the late 1990s and replacing it with a higher-quality mixed-income development, it came at the cost of shutting out the poorest residents.

In addition to the many great interview subjects, East Lake Meadows features a great variety of archival footage.  I particularly like the homemade films made by some school children who lived in East Lake Meadows in the 1990s.