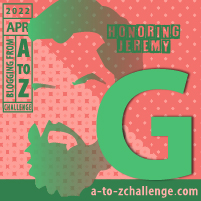 Gleaning is the ancient practice of gathering up leftover crops from the field after the harvest.  It’s described in the Bible and preserved in paintings by artists such as Jean-François Millet. In this film, Agnès Varda travels around France meeting with modern-day gleaners collecting everything from potatoes to wine grapes.  There are also the urban cousins of the rural practice who gather leftover produce from farmers markets and all matter of discarded objects, not just food (reminiscent of the scavenging done by the people in Dark Days).  Some glean due to poverty,  some glean to donate food as a charitable act, some glean due to a philosophical opposition to wasting food (including a 2-star Michelin chef), and artists glean materials they incorporate into their works.

Varda also uses glean metaphorically as she “gleans” these peoples’ stories and “gleans the images to make this film.  As always, Varda is absolutely adorable as she delights in using her new hand-held digital camera and pretending to capture passing trucks in her hand.  I wish I’d known about Varda’s work before she died in 2019, because I would totally write her a fan letter.