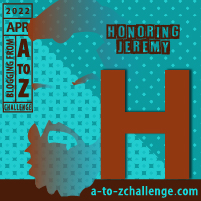 Title: Howard
Release Date: December 28, 2018
Director: Don Hahn
Production Company: Stone Circle Pictures
Summary/Review: Lyricist, playwright, and stage director Howard Ashman is remembered for his key role in the Disney Renaissance, applying the practices of musical theater in using songs for storytelling in animated films.  This documentary is featured on Disney+ and as a result may focus a bit too much on Ashman’s Disney career.  But it does spend some time with his background and early career, particularly his success in adapting Little Shop of Horrors into a hit off-off-Broadway musical in a theater he had built himself. The better part of the film focuses on Ashman’s game-changing work on The Little Mermaid, Beauty and the Beast, and Aladdin.   It also tells the story of Ashman’s tragic death, tragic not just because he died young of a horrible disease, but also because he felt it necessary to hide that he had AIDS from most of the world.  This is a straight-forward documentary featuring voiceover commentary from family, partners, friends, musical colleagues, film stars, and Disney honchos.  It’s a good introduction to the short but brilliant career of a man who’s left a large musical legacy behind.
Rating: ***