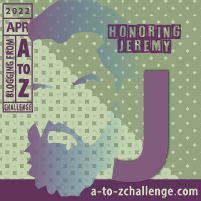 In the first half of the 20th century, jazz rose from being a music played by African American people in the Southern states to being the primary form of American popular music.  In the second half of the century, jazz evolved into a form of art music primarily enjoyed by white audiences.  This concert film captures the time of transition as some of the top jazz artists of the 1950s perform in the prosperous vacation spot of Newport, Rhode Island, concurrent with the yacht racing trials for the America’s Cup.  Although, I did notice that the audience while primarily white people, was a lot more integrated than I expected for 1958.

Jazz On A Summer Day is not just a concert film, but a work of art in it’s own right.  The way the cameras take advantage of lighting and angles almost makes it feel more like it’s painted than filmed.  Most shots are in tight on both performers and viewers lending a feeling of intimacy to the proceedings.  And the music is great.  Performers include Anita O’Day and Dinah Washington each bringing their unique vocal stylings to standards.  Big Maybelle and Chuck Berry bring rock & roll to the jazz festival.  Louis Armstrong kicks off his set with stand-up comedy.  And the festival ends with Mahalia Jackson taking everyone to church.

Everyone in the movie looks looks so relaxed and carefree, more than I’ve felt in my entire life.  This makes me envious but not resentful.  It would be interesting to compare and contrast this concert film against a rock documentary, like Monterey Pop from a decade later, because I feel they have a lot in common.  But we’ll talk more about that movie on April 15.