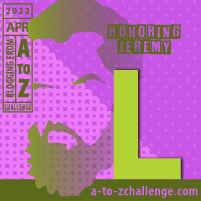 Director Thom Andersen’s film-length essay (narrated by Encke King) uses clips from Hollywood movies to discuss the myth and reality of the city of Los Angeles.  As a native Angelino, the Los Angeles depicted in the movies bears little resemblance to the actual city.  Granted, Los Angeles is used in movies largely because of its convenient location to the film studios, and just as often can be used to play other cities, real and fictional.  But there are also attempts by filmmakers to make Los Angeles into a character without really capturing Los Angeles as a city.

Anderson also focuses on issues such as modern architecture, transportation, and how Hollywood accidentally captured long-since-demolished landmarks.  Andersen can get awfully grumpy, especially went ranting about his dislike for the abbreviation “L.A.” but the movie remains compelling despite this (or maybe because of it).  By my count, I’ve only watched 26 of the over 200 movie excerpted in Los Angeles Plays Itself, although a lot of them are really bad movies.  I’m pleased that he considers The Exiles among the most authentic Los Angeles movies since it is one of my favorites of the movies featured.  I’m also pleased that this was released before Crash, because I’m sure Anderson would hate that movie as much as I do.