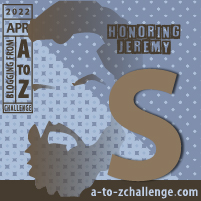 Documentaries starting with the letter S that I have previously reviewed include:

Based on the book of the same title, Street Gang is a look at the creation of the early days of Sesame Street.  The advantage of a movie over a book is that it gets to incorporate a lot of memorable footage from Sesame Street as well as behind-the-scenes footage including a sequence of Muppet performers hilariously breaking character. The strength of the documentary is that it doesn’t credit one lone “genius” as being behind Sesame Street but recognizes that it was a collaborative effort.  Producer Joan Ganz Cooney, early director Jon Stone, Muppet creator Jim Henson, composer Joe Raposo, and several other members of the cast and crew get their due recognition.  The problem with this approach is that even with the focus basically on the first decade of the show, it feels a bit unfocused and incomplete.

I suppose a fully-satisfying documentary of Sesame Street would require a 10-part series, though. Nevertheless, I suspect that anyone who grew up watching Sesame Street (which is probably every American at this point) will appreciate the warm, nostalgic glow of this movie.  In the meantime, I recommend watching I Am Big Bird and Being Elmo to complement this movie.