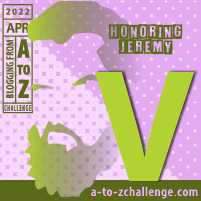 What would it be like if you had a movie made of your entire life?  Actor Val Kilmer answers that question in this unique documentary made out of home hundreds of hours of movie footage he shot starting in childhood.  I remember really liking Kilmer early in his career when he starred in Top Secret! and Real Genius, and always wondered why he didn’t do more comedy.  He became more famous for his roles in movies like Top Gun and The Doors, and starred as Batman in one of the 90s version of that franchise.

Today, Kilmer’s voice has been damaged by throat cancer. He wrote the narration for the film which is read by his son Jack, who sounds startlingly like a younger Val.  In this film we see the surprisingly sophisticated movies he made as a child with his brother, his theater training at Julliard, and his ongoing frustration with a Hollywood system that has little use for his style of acting.  This has given him a reputation as a troublesome actor, although there are also many actors and directors who’ve enjoyed working with him.  The movie also delves into his personal life and doesn’t always show him in the best light.

This is a kind of fascinating movie which I think is more than your typical celebrity biography, but also an examination of an actor’s life.