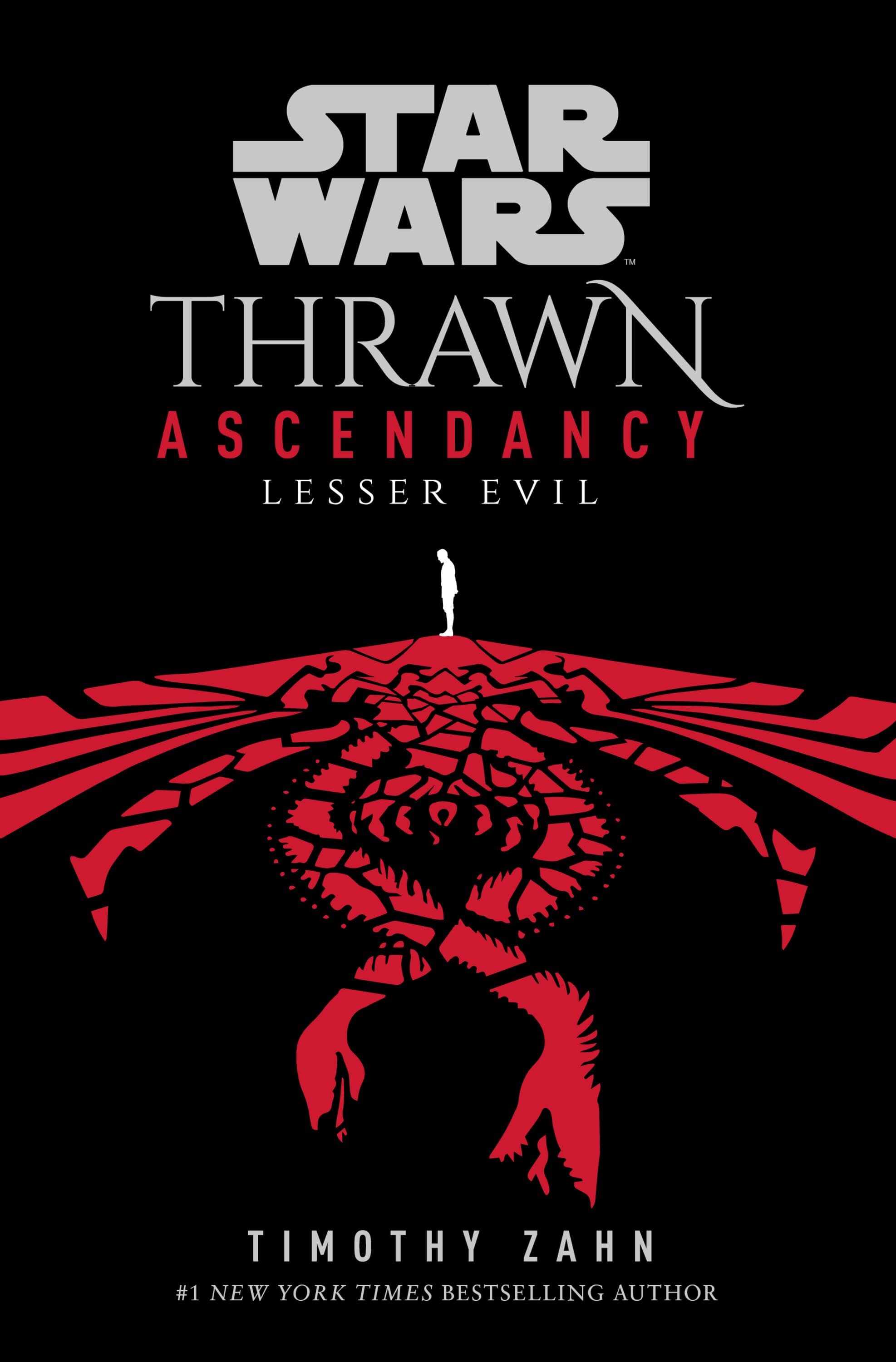 Other Books Read By The Same Author:

Lesser Evil completes the Thrawn Ascendancy trilogy of books that deal with our favorite Chiss military tactician’s early career. Thrawn must defend the Chiss Ascendency from dangerous outside threats as well as civil war breaking out among the ruling families. Jixtus, an agent of a mysterious people called the Grysk Hegemony, was behind the attacks on the Chiss described in the earlier books, but now is ready to face Thrawn in battle.  Thrawn must ally with an alien race and work against his own military, political, and family leaders to find a way to defend the Ascendancy against the more powerful Grysky warships.

The great thing about Zahn’s books is that they long ago stopped being about just Thrawn.  There are a rich collection of characters her including Thrawn’s mentor General Ar’alani, ship captain Samakro (who Marc Thompson voices to sound like Jack Nicholson), the young “sky-walker” or ship’s navigator Che’ri and her caregiver Thalias (both of whom have Force sensitivity which is key to the plot), an alien navigator-for-hire named Qilori (drink everytime that Qilore’s winglets twitch!), and in flashbacks, Thrawn’s friend Thrass who has the political acumen that Thrawn lacks.  I confess that I lose track of the many characters and plots, but nevertheless I do find it incredibly engaging to read.  And the book ends perfectly setting up the events at the beginning of Thrawn.