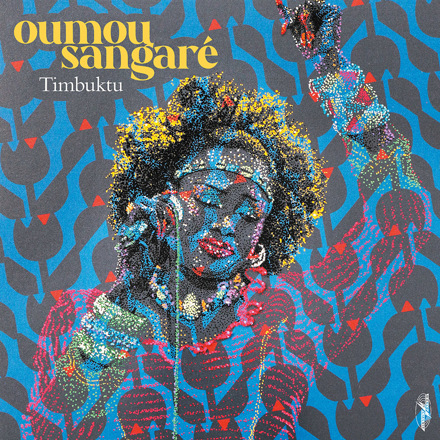 Oumou Sangaré is a veteran vocalist from Mali who sings traditional songs of the Wassoulou region.  The music reflects the joy, sadness, and tenderness of strife-torn West Africa with an emphasis on the struggles of women.  Like many recent recordings, Timbuktu was created during and inspired by living in isolation during the COVID pandemic.  In Sangaré’s case she was trapped in Baltimore while touring the United States and unable to return home.  Sangaré’s voice and lyrics are supplemented by music played on traditional instruments of Sangaré’s and a chorus of female voices.

2 thoughts on “Album of the Week: Timbuktu by Oumou Sangaré”