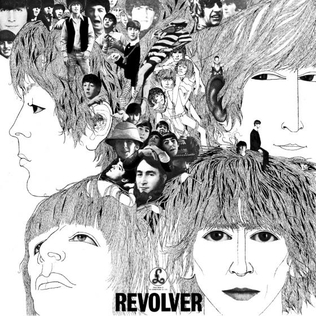 A few years back I reviewed the Super Deluxe re-release of The Beatles’ “White Album” so I figured I’d do the same for Revolver.  This is, in fact, my favorite Beatles album and we’ll be seeing in it in my All Time Favorite Albums countdown in a couple of weeks. Revolver is well-known as the transitional album for The Beatles from the lovable moptops of Beatlemania to a studio-oriented art rock group.  The new instruments, studio experimentation, and influence of psychedelic drugs and philosophy are all well documented, so I won’t get into that here. It’s a bit mind-boggling that the Beatles were on their final U.S. tour when this was released, including their final show in San Francisco, but were performing songs from 2-3 years earlier because Revolver could just not be played lived with the technology og the time.

Here are some reflections  and personal memories on the songs:

In addition to a remastered version of Revolver, that sounds excellent, the Super Deluxe edition includes two albums of demos and outtakes from all of the songs, the complete album in mono, and the “Paperback Writer”/”Rain” single remastered in stereo and mono.  It’s all good!

Floating Points is the nom-de-tune of the British electronic music producer, DJ, and musician Sam Shepherd.