Last weekend my son & I made a whirlwind visit to my mother in New York and we stopped by to visit the American Museum of Natural History. Highlights include: 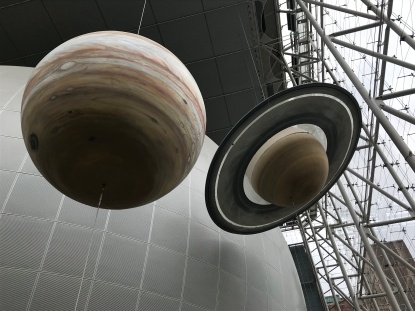 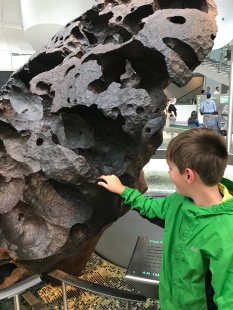 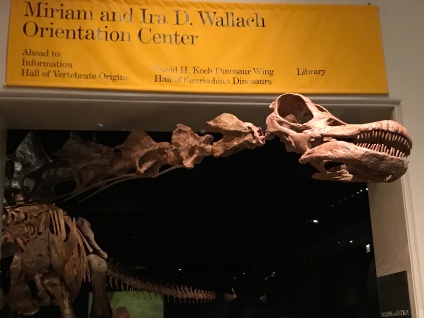 The titanosaur does not fit in one room.

Knowing is half the battle.

This will be the first of several posts from a Spring Break trip to New York City with my mother and my son.

One highlight of the trip was a visit the American Museum of Natural History.  I hadn’t visited the museum since I was a child, and several galleries were much as I remembered.  The AMNH is known for it’s “dead zoo” collections of preserved animals set up in naturalistic dioramas.  I noticed in the African mammals gallery how all the displays were surrounded by marble and carved friezes which made me realize just how much money went into the museum when it was built.  A nearby gallery of mammals from New York State showed that the money was not spread around evenly as it was just simple cases with the pelts of various animals pinned to the wall.  We also explored the halls of North American mammals, Asian mammals, and ocean life.  The highlight of any visit to the AMNH are the two galleries of dinosaur fossils which are vastly different from my childhood with the new scientific understanding of dinosaurs incorporated in the exhibits.

We visited only a fraction of the museum and will have to return to explore more.

First day of school in-person in 353 days.
I am a simple man with simple tastes. And right now I fantasize about watching a movie in a theatre and then going to a bar to discuss it over a draught beer.
At the end of the rainbow.
Spring things that bring me joy.
Tokens of my affection.
Good morning, Keytar Bear!