Memphis-raised, Brooklyn-based vocalist and multi-instrumentalist Valerie June combines classic soul vocals with the instrumentation of folk and Appalachian music.  She’s also not afraid to mix in some electronic beats from time to time.  The result is music that sounds simultaneously timeless and contemporary. The legendary Carla Thomas, Queen of Memphis Soul, joins June on two tracks. 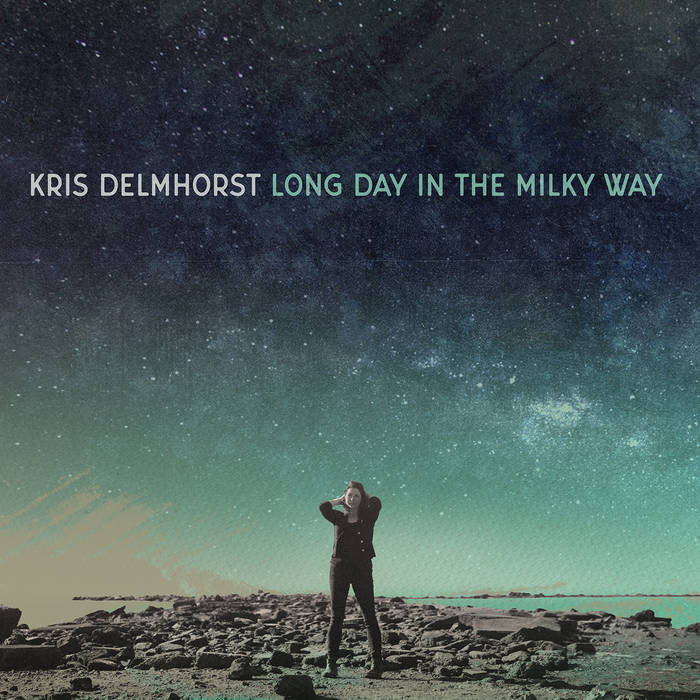 Thoughts:  I first learned of Kris Delmhorst when she was playing gigs in Somerville, MA just after I  moved there in the late 90s. Her albums Five Stories and Songs for a Hurricane area among my all-time favorites. But I totally missed it when her most recent album was released last August.

The album features Delmhorst’s typically well-crafted songs.  I particularly like the harmonies of Rose Polenzani, Rose Cousins, and Annie Lynch on back-up vocals.  But with very few exceptions the songs are all slow tempo, and just not as engaging as I’d expect. The music is pretty though, and the lyrics offer flashes of hope and healing in troubled times. 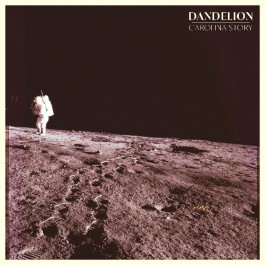 Back in the late 1990s/early 2000s I was deeply invested in the contemporary Folk/Folk Rock/Folk Pop/Americana, etc. scenes.  Eventually I drifted away, partly because everything started sounding the same and I wanted to hear something different. Hearing Carolina Story reminds me of the excitement of discovering something new during the height of my folkie days.

The duo is the married couple Emily and Ben Roberts of Nashville.  They remind me a little bit of Dave Carter and Tracy Grammer with more country twang and less mysticism.  But the best thing about Carolina Story is that they interpret traditional folk sounds in a voice that’s completely their own.  They are especially good using their voices to provide a wide range of expression and the instrumentation of the duo and their backing band is particularly rich. 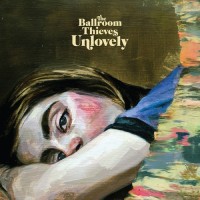 I first learned of Boston-based trio The Ballroom Thieves a few years ago when they were the standout performers at a festival I attended.  Their new album speaks to our times with lyrics that address personal relationship and social movements, and often both at the same time.  The band is described as folk rock and Americana, but I don’t think those genres quite capture the infectious pop sound of the songs that also draw upon classic rock, soul, and even a touch of metal.

Calin “Callie” Peters (vocals, cello, bass), Martin Earley (vocals, guitar), and Devin Mauch (vocals, percussion) are all excellent instrumentalists and the recording captures their performances as well as their tight harmonies.  I tend to get lost in music at the expense of the lyrics, but I was drawn into the chorus of my favorite track “Tenebrist” which is both inspirational and sarcastic:

The music hides anger, frustration, and exhaustion with our political present in the lyrics, so it’s worth a deep listen.

This performance from WGBH leads off with “Tenebrist” and some older tracks.

The folk duo of  Kenneth Pattengale and Joey Ryan are reminiscent of Simon & Garfunkel – tight harmonies, introspective lyrics, and understated instrumentation.  This is the first album recorded with a backing band, but nevertheless the instruments are restrained, adding resonant bass notes, thumping bass drums, and country twang only to support and emphasize the vocals.  Of course, the instrumental performances should not be overlooked, and the 10 minute long “One More for the Road” is highlighted by solos that are not at all indulgent.  While much of the album is inward-looking as you’d expect from contemplative folkies, “Mourning in America” is a standout political track.  I don’t listen to folk music nearly as often as I did about 15-20 years ago, but this is a standout album.

Calexico is a band that’s been active for more than two decades, although I was not familiar with their work until I heard “Under the Wheels” and decided to check out the rest of the album.  As the name implies, this Arizona-based indie rock band takes inspiration from the borderlands between Mexico and the southwestern United States. Those aren’t their only influences though, as listening to this album I heard music similar to John Lennon’s solo work, the 1980s oeuvre of bands like U2 and Midnight Oil, and even surf rock.  The feel of the music is cinematic, painting pictures of the desert landscape and the people who inhabit.  Lyrically, the songs are topically relevant – perhaps gaining significance from our national political disorder – as border politics and wildfires color the stories of everyday people.

Thoughts:  Ruins is the latest release from the Swedish folk rock duo of sisters Klara and Johanna Söderberg.  I’m inextricably drawn to close, female harmonies and lush instrumentation in all cases, and this is no exception.  All the same, I think that First Aid Kit can create music with more bite, and there’s something missing here.  Thus it’s good album, worth a listen, but not as great as it could be.
Rating: **1/2

One of my favorite musical trends of 2017 is the appearance of the legendary Mavis Staples as guest artist on various recordings.  First, Arcade Fire released “I Give You Power” on the eve of Inauguration Day in January:

Next Staples joined Pusha T on the virtual hip-hop/electronic band Gorillaz’ Trump-inspired track “Let Me Out.”

Now, at last, we have a full album of new songs from Mavis Staples herself reflecting on our fraught, divided times and what we need to do to fight against it.  Frequent Staples’ collaborator, Jeff Tweedy of Wilco, produced the album, appears on one track, and wrote all the songs (quite remarkable when you think that means he wrote the title track).  Staples’ versatility that makes her such a strong asset as a guest artist with distinctly different bands is seen here as well as the music mixes gospel, soul, blues, folk, and Americana.  Lyrically, the civil rights icon is still fighting the good fight but recognizes that she has limitations and that she’s still called to love her enemy.  Mavis Staples’ legacy is already well-established, and this album is probably not going to be what she’s remembered for, but nevertheless it is great to have her voice confront the issues of our times.

Tom Waits is a veteran singer-songwriter whose voice is a combination of sidewalk preacher, carnival barker, beat poet, and barstool philosopher. I first heard of Waits in the 80s when he was known as the guy with the crazy, gravely voice.  But then I heard the track “Innocent When You Dream” on a compilation album and fell in love with the heartfelt beauty underneath what sounded like a drunk guy crooning at a bar.  I got the album Franks Wild Years and it remains one of my all time favorites, and I’ve checked in and out on Waits’ career over the years.  This is the first time I’ve listened to all of Waits’ catalog from beginning to most current, and let me tell you it’s not easy to listen to all that Waits’ music back-to-back-to-back, although it is a worthwhile exercise.

Tom Waits’ career can be summed up into three basic eras:

Tom Waits hasn’t released anything new since 2011 or toured since 2008, but hopefully he has some songs left in him and there will be another Tom Waits era to look back on in the future.

4. “The Piano Has Been Drinking (Not Me) (An Evening with Pete King)”

20. “House Where Nobody Lives”

I heard The Milk Carton Kids for the first time last week at the Green River Festival.  The California folk duo offers beautiful harmonies reminiscent of The Everly Brothers or Simon & Garfunkel.  Listen to the melancholy beauty of “Monterrey,” the title track from their latest album.