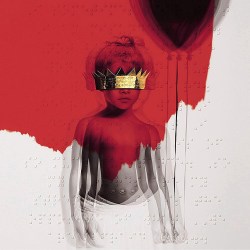 Artist: Rihanna
Album: Anti
Year: 2016
Label: Roc Nation
Have I Listened to This Album Before?: No
Am I Familiar With This Artist/Songs from This Album?: Yes, although I didn’t know it
Would I Listen to this Album Again?: No
Favorite Tracks:

Thoughts:  I always end up knowing more Rihanna than I realize as it turned out that several staples of online memes are actually songs from this album.  This album is a nice blend of several styles.  Surprisingly in the five years since this album came out Rihanna has not released another album. 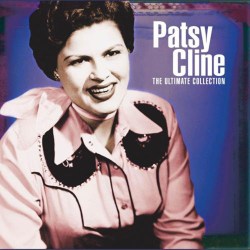 Artist: Patsy Cline
Album: The Ultimate Collection
Year: 2000
Label: Universal
Have I Listened to This Album Before?: No
Am I Familiar With This Artist/Songs from This Album?: Yes
Would I Listen to this Album Again?: Yes
Favorite Tracks:

Thoughts:  The RS 500 once again cops out with a greatest hits compilation but I’ll accept any excuse to listen to Cline croon her country pop tunes. 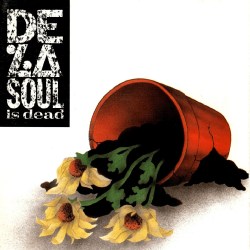 Artist: De La Soul
Album: De La Soul is Dead
Year: 1991
Label: Tommy Boy
Have I Listened to This Album Before?: Yes
Am I Familiar With This Artist/Songs from This Album?: Yes
Would I Listen to this Album Again?: Yes
Favorite Tracks:

Thoughts: This album takes me back to the first semester of my Freshman year at college when I had it on repeat.  De La Soul seemed to initiate the 70s music revival of the 1990s be incorporating disco-funk sounds into their music.  I’m also surprised that I never before notice how many samples from Three Feet High and Rising are repeated on De La Soul is Dead but gaining new meaning from their context. 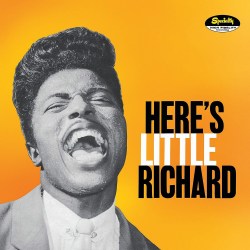 Artist: Little Richard
Album: Here’s Little Richard
Year: 1957
Label: Specialty
Have I Listened to This Album Before?: No
Am I Familiar With This Artist/Songs from This Album?: Yes
Would I Listen to this Album Again?: Yes
Favorite Tracks:

Thoughts:  Amazingly, this is NOT a greatest hits album, it just sounds like one because every song on it is great.  I can’t even imagine how mind-blowing it was in 1957 for people hearing Little Richard’s screaming falsetto for the first time. 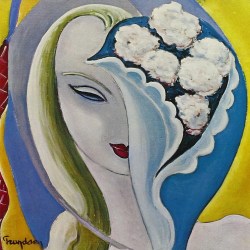 Artist: Derek & the Dominos
Album: Layla and Other Assorted Love Songs
Year: 1970
Label: Atco
Have I Listened to This Album Before?: Yes
Am I Familiar With This Artist/Songs from This Album?: Yes
Would I Listen to this Album Again?: Yes
Favorite Tracks:

Thoughts: Recent events have once again shown that Eric Clapton is an asshole.  Perhaps in 1970 he wasn’t an asshole but it’s very likely that he was.  In fact the whole impetus behind the songwriting on this album, Clapton wanting to steal away his best friend’s wife, is kind of an asshole thing to do.  So it’s with regret that I still find myself love the blues rock on this album.  But it’s not just Clapton, there’s a whole band of talented musicians here including Bobby Whitlock who shares songwriting and lead vocals duties as well as Duane Allman on guitars. 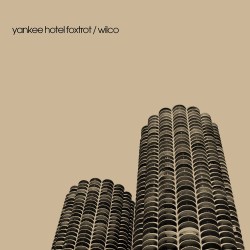 Artist: Wilco
Album: Yankee Hotel Foxtrot
Year: 2001
Label: Nonesuch
Have I Listened to This Album Before?: Maybe?
Am I Familiar With This Artist/Songs from This Album?: Yes
Would I Listen to this Album Again?: No
Favorite Tracks:

Thoughts: Wilco is one of those bands I’ve not been able to wrap my mind around why they have such a devoted following.  Something about their music just goes in one ear and out the other for me.  This doesn’t mean that Wilco’s music is bad, it just doesn’t make any impression on me to the point where I’m pretty sure I’ve listened to this album before but don’t remember any of it.  Oh well, I do love Wilco’s collaboration with Billy Bragg on the Mermaid Avenue album. 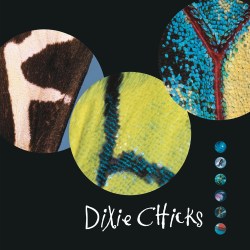 Artist: Dixie Chicks
Album: Fly
Year: 1999
Label: Monument
Have I Listened to This Album Before?: No
Am I Familiar With This Artist/Songs from This Album?: No
Would I Listen to this Album Again?: No
Favorite Tracks:

Thoughts: The (Dixie) Chicks perform upbeat country pop that sounds appropriately 1990s.  The things I like about this album are the harmonies and the instrumentation (fiddles and flutes) that suggest bluegrass and Celtic traditional music. 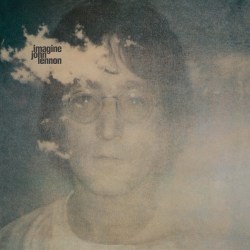 Artist: John Lennon
Album: Imagine
Year: 1971
Label: Apple
Have I Listened to This Album Before?: Yes
Am I Familiar With This Artist/Songs from This Album?: Yes
Would I Listen to this Album Again?: Yes
Favorite Tracks:

Thoughts:  It’s popular to condemn the title track on this album for “mawkishness” but I think it’s utopian vision is more revolutionary than it is given credit for.  The rest of the album is bog standard John Lennon, meaning it’s not bad but it’s also not among his best work.

I previously reviewed Imagine in a Music Discovery of The Beatles solo albums. 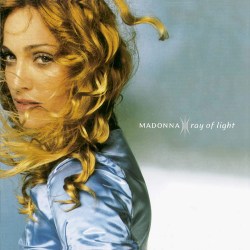 Artist: Madonna
Album: Ray of Light
Year: 1998
Label: Maverick
Have I Listened to This Album Before?: No
Am I Familiar With This Artist/Songs from This Album?: Yes
Would I Listen to this Album Again?: No
Favorite Tracks:

Thoughts: Madonna was a constant presence in my childhood and early adulthood, but Ray of Light was the last time she was on my radar.  I was surprised to learn that she had some big hits after 1998.  I always liked the title track where Madonna, the ultimate musical chameleon, adopts electronica for her tunes.  This highly danceable yet lyrically reflective approach continues through the rest of the album. 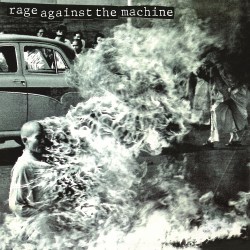 Thoughts: The rap metal trend was one of the worst cultural artifacts of the 1990s, with one exception: Rage Against the Machine. Not only were RATM not self-aggrandizing dudebros, but their song lyrics carried a raw political message not hear in rock music since the punk era.  And that was something sorely needed in the apathetic 90s.

A tribute to the groundbreaking Rock n’ Roll artist through music.

An interview with one of my favorite musicians, actors, style icons, and all around people.

The Politics of Everything :: Is Baseball Safe?

MLB is planning to return for a shortened season, but will it be safe for players, coaches, umpires, and other ballpark employees with the continuing threat of COVID-19?

Radio Boston :: As Mass. Reopens, Are You Ready To Start Riding The T Again?

Decades of disinvestment in Boston’s public transportation creates the conditions where many commuters will not feel they can safely travel while practicing social distancing.

Beethoveen may have composed his music to be played at a much faster tempo leading to his music being seen in a different light.

The story of an Islamic doctor who loves serving the community in a small Minnesota town until he learns that most of the people their voted for Trump.