Some other projects for 2023 will include the Blogging A-to-Z Challenge in April, a major Music Discovery, and an ongoing TV series review.  So hopefully it will be a good year of blogging!

Panorama of the Mountains was born on December 4, 2006, which means I’ve been blogging for 16 years!  Crazily enough, that is close to a third of my life!  How did that happen?  Aren’t blogs and the internet still new things?

Welp, I guess I’ll see if I can make it to 17. If you feel moved to write something you like about my blog, please let me know in the comments. 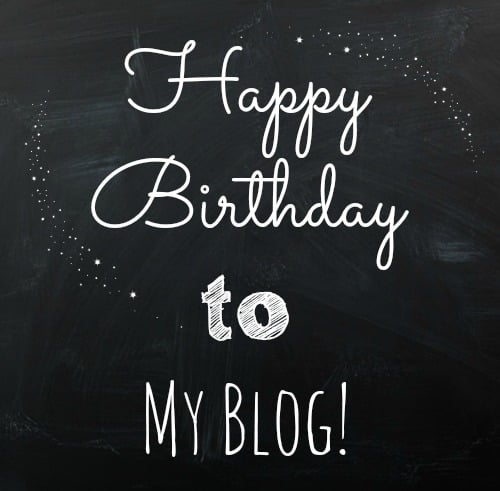 The past month I’ve been participating in a TV Draft.  It sounds complicated but it’s basically just a bunch of bloggers taking turns writing up a description of their favorite TV series.  Take a look at the complete list and see a wide variety of great shows!

I wrote about four different shows as part of this project:

Thanks to Max at the PowerPop blog for hosting the TV Draft and for Lisa at Tao Talk for inviting me to participate.

In my 7th year of the Blogging A-to-Z Challenge, I think I’ve finally figured out how to do this right. This is the first time I had all my A-to-Z posts written and scheduled before April 1st!  I also have been doing better to hop to the blogs of other A-to-Z participants to leave comments.  I made a goal of visiting 5 new blogs every day, so as of today I’ve commented at least once on 75 different blogs.

But enough about me!  Here are some A-to-Z blogs I’m reading and enjoying that you should check out.

My Blogging A-to-Z Posts So Far:

Previous A to Z Challenges

So, I have just three movies to watch and review.  But they are three doozies!

I suspect that I will get to these early on in 2021, but effectively I will no longer be posting weekly Classic Movie Reviews on this blog.

I have officially watched and reviewed every movie on the AFI’s 100 Years … 100 Movies List (2007 Edition)!  Here are the movies with my links to the reviews.

On Thursday night, I took my daughter to see Hamilton at the Providence Performing Arts Center (there’s a nice review from The Providence Journal). We’d watched the filmed version of Hamilton on Disney+ and listened to the cast recording countless times but this was the first time we attended a live performance.  It was nice to get the wide view from the First Dress Circle where we could see the intricate choreography of the ensemble cast.  I was also impressed with the lighting design.  And it was interesting to see the different takes the actors had on the characters from the original cast.  Not related to the show, the Providence Performing Arts Center is a lovely theater although a bit short on leg room.

Anyhow, it got be thinking of what other theatrical productions I’d seen in my life.  So I brainstormed a list with the help of some old ticket stubs I’ve collected.

I’ll add more if I remember them.

On December 4, 2006, I posted for the first time on Panorama of the Mountains.  Blogs were a relatively new things at the time although perhaps already on the way to being old hat.  I thought it would be fun to write online regularly about – something – and fifteen years later I still haven’t found a theme.  These days I mostly post movie reviews, but I’m sure in the future it will be something else.  And that’s fine.  Not too many people read this blog and only a very few comment on it, for which I’m always appreciative.  Mostly though, this blog has always been an outlet for writing about what I’m thinking about, and a good resource to look back at when I’m trying to remember how I was thinking about something back then.  So, I’ve been blogging for 15 years, which is close to being a third of my life so far, and it looks like I will continue blogging for some time to come.

I should note that I love the entire Up Series, but 2005 was the year that I binged Seven Up to 42 Up on DVD and then went to see 49 Up in in the cinema.

Thoughts on doing this project:

A Favorite Movie For Every Year I’ve Been Alive (Part I) brought you from the year of my birth to 1988.  Today we’ll continue with another 16 years of my favorite movies.

Stay tuned for the third and final part.  Well, hopefully not final.  Just bringing it up to the present year.