The Portland, OR duo of Sam Coomes and Janet Weiss (formerly of Sleater-Kinney) return after a 10-year absence with a single from their upcoming album Breaking the Balls of History. “Doomscrollers” is a jaunty tune about finding solace in the small things amid the many crises of the past ___ years.

Other Albums I’ve Reviewed from 2004:

“Nouvelle Vague” is French for “New Wave” and commonly associated with the French New Wave film movement.  “Bossa nova” is Portuegeuse and also means “new wave,” and refers to a style of Brazilian samba origination in the 1950s. And in English, “new wave” refers to the punk & post-punk music styles of the late 1970s and early 1980s.  Someone who was entirely too clever decided to create a new wave music cover band that performed songs in the bossa nova style lead by female vocalists with the elan of Nouvelle Vague film stars.

While this may be the most gimmicky act since Dread Zeppelin, the outcome is pretty good.  I remember this album being recommended to me by someone at a party who gave me a list of mostly electronics artists to seek out, but also spoke highly of Nouvelle Vague.  It’s been a long time since I’d listened to this album, but it still holds up after 20 years, perhaps because it’s built on so many traditions of earlier decades.

“Blood Rushes” is the leadoff single from the Australian 5-piece rock band CIVIC.  Their second studio album, Taken by Force, drops on February 10.

Part film noir, part beat poetry, and part music video, Downtown ’81 explores a day in the life of Manhattan’s art and club scene through the eyes of artist Jean-Michel Basquiat.  After being evicted, Jean meets various real life musicians, artists, and graffiti writers in his perambulations around the Lower East Side.

He does not meet any movie actors and the amateurish performances stand out.  But this movie is more about vibes than anything else and towards the end live performances by various artists such as Kid Creole and the Coconuts, James White and the Blacks, The Plastics, and Walter Steding & The Dragon People.  Notable people in the cast include David McDermott, Lee Quiñones,  Fab Five Freddy, and a wonderful bit with Debbie Harry.  It’s a fun glimpse at the very weird New York City scene of the early 80s.

Mizore (Atsumi Tanezaki) is a shy and introverted girl who is a talented oboist in her high school’s concert band.  Her only friend is Nozomi (Nao Tōyama), a much more popular and outgoing girl who plays flute in the same band, but with less interest in perfecting her art.  Mizore has a deep attachment to Nozomi, and while not explicitly stated, a romantic interest as well.

The film focuses primarily on their rehearsals in their senior year for a piece called Liz and the Blue Bird based on fictional German fairy tale. The story involves a girl named Liz (played on the oboe) who befriends a mysterious girl who is actually a blue bird magically transformed (played on the flute).  The musical piece and the fairy tale serve as the central metaphor for Mizore and Nozomi’s story as they need to learn to let go of one another to succeed in their lives after high school.

This is a sad and sweet coming of age film with beautiful animation that resembles water colors and great incorporation of music into the story.

Grammy Award and Nominees for Album of the Year of 1995:

Other Albums I’ve Reviewed from 1995:

I once owned a copy of this album on cassette and remember listening to it quite a bit around 1996-1997, but I seem to have parted ways with it by the time I moved to Boston in 1998.  Revisiting the album now, I can see what I liked about and why I grew tired of it.  The album is front-loaded with the first three tracks – “Supervixen,” “Queer,” and “Only Happy When It Rains” – also being the best songs on the album. There are some other highlights but the album drags in places and might be better with a couple of tracks removed.

1995 was an uncertain time in alternative rock as it was now fully-mainstream and it was hard to find a way to be alternative in the post-grunge period.  Garbage took the approach of throwing a little bit of everything in the mix – catchy power pop hooks, shoegaze guitars, funky bass, U2-style anthems, and dance music beats.  The secret weapon for the otherwise American band is having a the sultry lead vocals of Scotland’s Shirley Manson who adds a sexuality to the songs and lyrics.

Grammy Award for Album of the Year and Nominees for 2018: 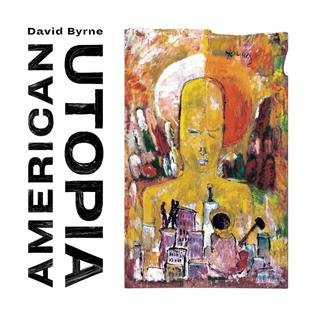 Despite my Talking Heads fandom, I’ve never delved deep into David Byrne’s solo work.  His most recent album, American Utopia, seems like a good place to start especially since it’s release in 2018 it’s prompted a concert film directed by Spike Lee and a run on Broadway! The album addresses the crises of the Trump Era head on but does so in a way that pushes optimism.  This is going to sound like a back-handed compliment, but Byrne has a way of experimenting with music that has a wonderful sameness.  I guess that’s how he’s been able to be so successful at making quirky and innovative music that is also popular.  That is kind of a metaphor for the album itself where Byrne tries to draw a reassuring optimism from troubled times.

Now I’m going to have to try to watch the American Utopia film for my 50 Years 50 Movies project. 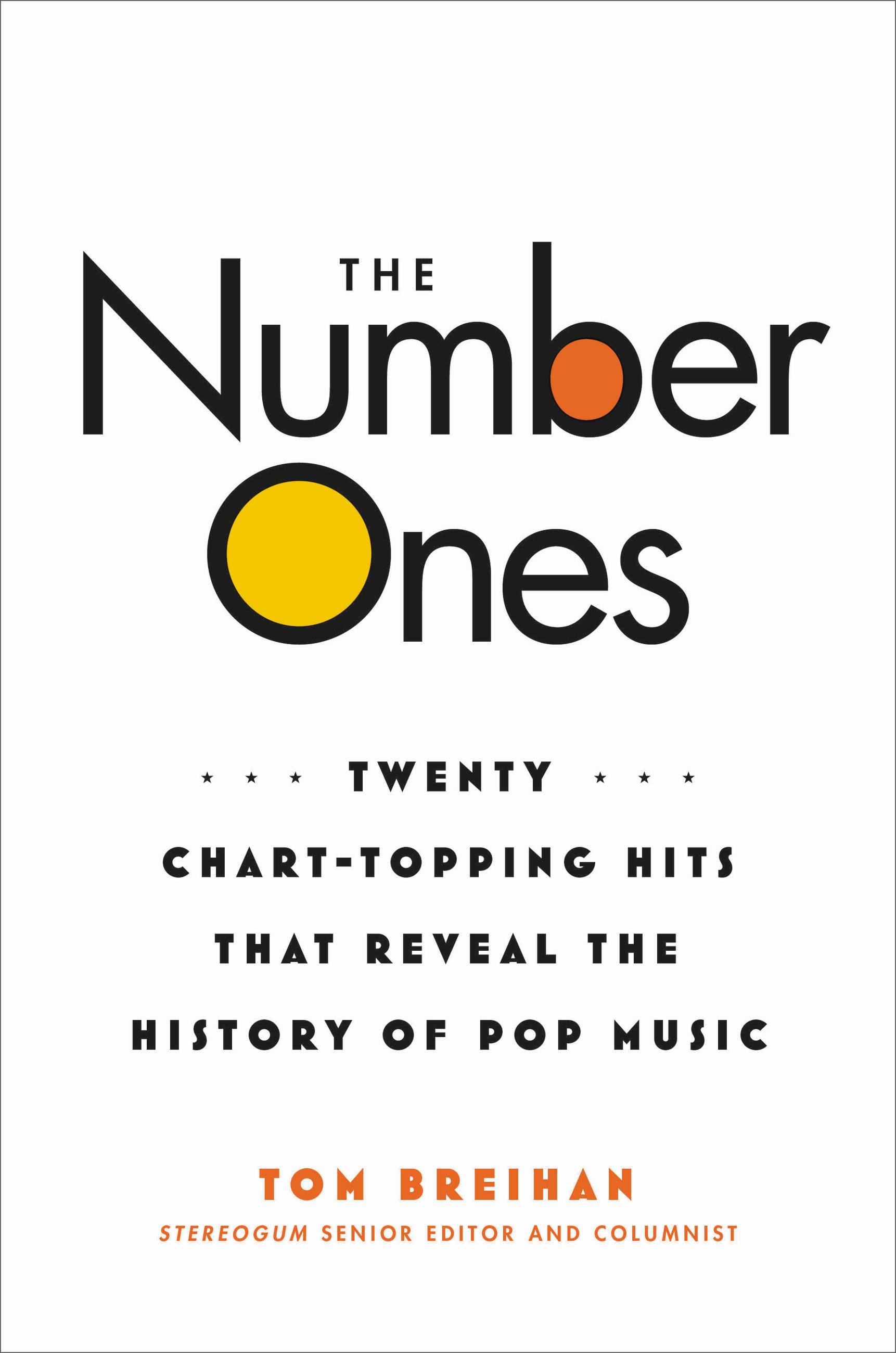 The Billboard Hot 100 is a strange beast and the history of the Number One songs is a weird and fascinating story.  Artists like Bob Dylan, Creedence Clearwater Revival, and Bruce Springsteen never had a Number One song and some of the most beloved songs of all time have been held out of the top spot by songs that have aged poorly.  Also, some very strange songs by the likes of The Chipmunks, The Singing Nun, Rick Dees, and Los Del Rio hit Number One.  You could say that these are bad songs, but at one point in history the music buying public of the United States found these songs to be their favorite in a particular moment of time.

Two of my favorite podcasts focus on pop music history – Chris Molanphy’s Hit Parade which focuses on the charts and Andrew Hickey’s A History of Rock Music in 500 Songs which goes deeper into the weeds of rock music history. In the past few years I’ve also become a fan of Tom Breihan’s The Number Ones column on Stereogum.  Breihan is reviewing every single Number One song on the Billboard Hot 100 starting from 1958 and as of this writing has made it as far as 2005.  Breihan does an excellent job of researching the histories of the artists, songwriters, producers, et al behind a song and the circumstances that lead it be the most popular song in the USA in a particular moment of time.  Some of my least favorite songs have the most interesting stories.  Be warned though, Breihan can be pretty abrasive about trashing the songs that he doesn’t like (the column on Bobby McFerrin’s “Don’t Worry, Be Happy” was particularly cruel).

This book is a spinoff of the Stereogum column focusing on “twenty chart-topping hits that reveal the history of pop music.”  The book is more professional than the column (no f-bombs castigating songs that Breihan hates).  The songs chosen are ones that changed the face of pop music in the U.S.  “I Want to Hold Your Hand” and “Dynamite” introduced the pop music of another country into the American mainstream.  New  musical technologies powered “Mr. Tambourine Man,” “Good Vibrations,” and “Buy U a Drank (Shawty Snappin’)” to the top.  While “Rock Your Baby,” “Don’t You Want Me,” and “Black Beatles” introduced new genres to chart success.

The Number Ones probably doesn’t offer anything new to anyone knowledgeable of pop music history.  But it does frame it in interesting ways and shows how many different ways there are to make a number one hit.  I also like Breihans historical approach to the background of a song.  This is a good book that fans of music will love.