I remember learning about the uprising at the Attica Correctional Facility in Western New York, and the ensuing massacre,  in the documentary series Eyes on the Prize II in the 1990s. This movie offers a far more in-depth examination of the tense four-day standoff in September 1971.  Interviewees include surviving former inmates, guards, family members of the hostages, members of the observers committee who helped with negotiations, and journalists who covered the event.  This includes John Johnson, a Black reporter from ABC News in New York who I remember seeing on tv when I was a kid.

What’s fascinating about this story is how after the initial uprising the Attica inmates quickly organized a society with elected leaders, medics, latrines, shelters, and a security force.  While still quite chaotic, over a thousand people who probably never worked together before quickly organized an effective system of governance.  I had also not know of the role that Islamic inmates played in protecting the hostages.  The most heartbreaking aspect of this story is that the Attica inmates put together a set of demands to address the abuse in the prison that were deemed reasonable by the observers committee and yet the prison authorities (backed by Governor Nelson Rockefeller and ultimately President Richard Nixon) refused to budge.  Ultimately they chose to retake Attica with excessive force, allowing the correctional officers to carry out bloody revenge.  Even the lives of the hostages were expendable and they murdered nine of them.

Even fifty years later, this movie is a powerful indictment of incarceration in the United States and the virulence of racism that undergirds it.  This movie is unflinching in its depiction of the violence of the Attica massacre so take the content warnings at the start of the film seriously if you are so inclined. But I think a lot of people like myself need to see this and be made uncomfortable to fully understand the brutality of racist institutions in American history and the American present.

When you watch a Charlie Kaufman film, you know things are going to get weird.  This was the first film Kaufman directed as well as wrote after writing the screenplays for movies like Being John Malkovich, Adaptation, Confessions of a Dangerous Mind, and Eternal Sunshine of the Spotless Mind. Philip Seymour Hoffman stars as Caden Cotard, a theater director whose life begins to crumble after his wife Adele (Catherine Keener) leaves him taking their young daughter.  Not only does Caden suffer various physical ailments but he becomes obsessed with staging a large-scale dramatic work inside a massive warehouse.

Caden isn’t a very appealing person but seems to attract the attention of a lot of attractive younger women (male writer’s fantasy?)  Hazel (Samantha Morton) is a woman who works and the theater and lives in a burning house who is attracted to Caden and becomes kind of a lifelong companion.  But Caden actually marries the actress Claire (Michelle Williams).  Then he hooks up with Tammy (Emily Watson), the actress playing Hazel. Finally, Ellen Bascomb (Dianne Wiest) takes over playing Caden and directing the play.

If that sounds confusing, the whole play becomes a simulacrum of Caden’s life with the actors and real life figures commenting on and interacting with the actors.  And yes, then they need to get actors to play the actors.  I get what Kaufman is doing here, reflecting on the meaning of life and mortality, but the film can get tedious and disturbing.  Then again life – and death – can be tedious and disturbing.  Roger Ebert recommended watching this movie multiple times.  Maybe I’ll return to this film, but I find on my first viewing of Synecdoche, New York that I veer between finding it profound and finding it pretentious.

The premise of this film is made clear in the trailer: After ending their troubled relationship, Clementine (Kate Winslet) uses a service provided by a company called Lacuna to erase all memories she has of her ex-boyfriend Joel (Jim Carrey).  When Joel discovers what she’s done, he decides to erase her from his memory as well.  The brilliance of the movie is that knowing this does not spoil the movie, and in fact the opening scenes defy the moviegoer’s expectations.  In fact, the movie plays with chronology to support the central idea of memory being lost. It all works in visually presenting a metaphor of how the mind works while Joel’s experience makes him realize that memories, even the bad ones, are what defines him.

Carrey and Winslet are great in their roles and their performance captures both the little things that are great about a romantic relationship as well as the little irritants that can build up and cause a relationship to fail.  The typically manic Carrey is reserved, even introverted as Joel, but even as the film’s straight man his comic instincts are well served, especially when he has to play his character as a child.

The supporting cast is mainly the crew of Lacuna who turn out to be a messed-up and unprofessional bunch.  Stan Fink (Mark Ruffalo) is the technician assigned to erasing Joel’s memory who uses the time to invite his girlfriend and Lacuna receptionist Mary (Kirsten Dunst) over for marijuana and sex.  Mary meanwhile has a crush on Lacuna’s director Dr. Howard  Mierzwiak (Tom Wilkinson) who has skeletons in his own closet.  And Patrick (Elijah Wood) is the creepiest of all, using knowledge gained from the procedure to pursue women.

This is an excellent movie and I’m glad I revisited it after many years. Bonus points for having significant scenes set on the frozen Charles River. 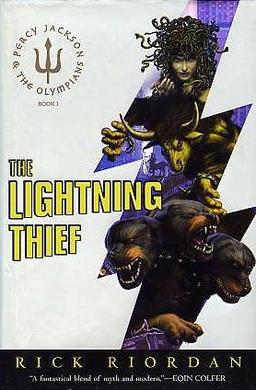 I watched Sophie’s Choice many years ago and then read William Styron’s novel and loved them both. So I was happy to revisit this movie. It’s the story of a young aspiring writer, nicknamed Stingo (Peter MacNicol playing a character much like Styron), who moves from the South to Brooklyn. At his rooming house he meets and befriends the tempestuous couple upstairs of Sophie (Meryl Streep) and Nathan (Kevin Kline).

While Stingo sees Sophie and Nathan as glamorous, they each have dark secrets. Sophie survived the Holocaust in Poland and over the course of the film reveals her shame over her actions there in long flashbacks. Nathan is a paranoid schizophrenic which manifests in extreme jealousy and abuse of Sophie. Most heartbreaking is that Sophie, because of her guilt over the past, seems to believe she deserves the abuse. The story ultimately leads to tragedy.

I remember watching this movie the first time and being utterly charmed by Nathan in his early scenes. This time I was more weary because I knew he was an abuser and it the patterns of abuse were more clear to see. Oddly enough, Kline’s portrayal of Nathan is very similar to his portrayal of Otto in the later film A Fish Called Wanda. We can laugh at Otto because he’s in a comedy, but since Nathan is in a drama, he is terrifying.

Meryl Streep’s performance is excellent, of course. She does a great job of portraying a person inexperienced with speaking English as well as the nuances of someone dealing with trauma. I was surprised that MacNicol portrays Stingo since it is very different from his later roles in things like Ghostbusters II and Ally McBeal. The one thing that bugs me about this movie is that when Stingo and Sophie have sex, Stingo narrates it like he’s in a frat boy comedy and he just made a great conquest. It really jars against the tone of the film and makes me wonder if Stingo learned anything from his experience.

That being said we had a great time walking through the town that was largely empty of people, visiting the baseball memorabilia stores, and taking in the exhibits at the Hall of Fame.  I took a lot of photographs including the plaques of all my favorite Hall of Famers and posted them in this web album.