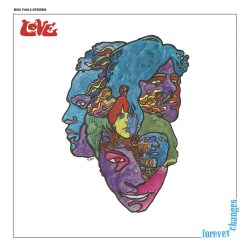 Artist: Love
Album: Forever Changes
Year: 1967
Label: Elektra
Have I Listened to This Album Before?: No
Am I Familiar With This Artist/Songs from This Album?: No
Would I Listen to this Album Again?: No
Favorite Tracks:

Thoughts: This is one of those bands I thought I knew absolutely nothing about.  But the opening track – “Alone Again Or” – seems extremely familiar.  According to Wikipedia, it was used in a key scene in the tv series Russian Doll, but I expect I’ve heard it elsewhere.  It oddly sounds like something by an indie band from 20 years ago than from 1967. Other tracks on the album have that baroque pop and psychedelic feel more common to the era. In fact, the album could be the cast recording of a late 60s Broadway musical from an alternate universe. 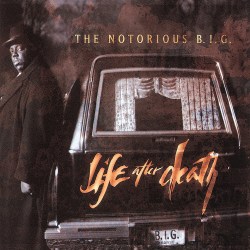 Artist: Notorious B.I.G
Album: Life After Death
Year: 1997
Label: Bad Boy
Have I Listened to This Album Before?: No
Am I Familiar With This Artist/Songs from This Album?: Yes
Would I Listen to this Album Again?: No
Favorite Tracks:

Thoughts: In 2004, I visited England with my friend Anthony. On our last night in London, we decided to just board the next bus that came by and see where it went.  On the upper deck, a group of young men were blasting music from a boom box.  A group of young women sat in the front row dancing in front of the window.  Anthony, being the more talkative of the two of us, struck up a conversation with the double-decker DJs.  When they learned that we were American they insisted on playing Biggie Smalls in our honor.  No matter our country’s flaws, I always appreciate that American music is loved around the world.  Granted my experience as an American is very different from that of Christopher Wallace. The album captures a world where worldly possessions and pleasures must be enjoyed while you can and where rap beefs turn deadly.  The guests artists on this album are also an all-star team of 90s hip hop. 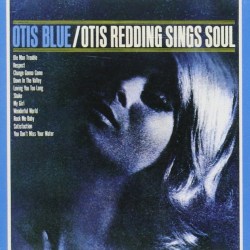 Artist: Otis Redding
Album: Otis Blue
Year: 1965
Label: Volt
Have I Listened to This Album Before?: Yes
Am I Familiar With This Artist/Songs from This Album?: Yes
Would I Listen to this Album Again?: Yes
Favorite Tracks:

Thoughts: Otis Blue has so many great songs on it that it could be mistaken for a greatest hits collection.  Otis Redding originals like “Respect” (later to become Aretha Franklin’s signature tune) and “I’ve Been Loving You Too Long” are mixed with covers of “A Change Is Gonna Come” and two other Sam Cooke songs, The Temptations’ “My Girl,” and a version of “Satisfaction” that Keith Richards found to be an improvement on his own.  Through Otis Redding’s skills as an interpreter of songs, Otis Blue is basically a compendium of mid-60s soul music. 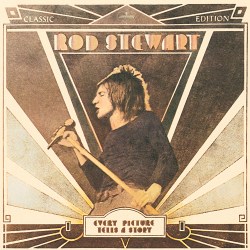 Artist: Rod Stewart
Album: Every Picture Tells a Story
Year: 1971
Label: Mercury
Have I Listened to This Album Before?: No
Am I Familiar With This Artist/Songs from This Album?: Yes
Would I Listen to this Album Again?: Yes
Favorite Tracks:

Thoughts: When I was a kid, one of the signs of summer was a new hit song from Rod Stewart.  From the late 70s to mid-80s, Stewart followed the trends from disco to New Wave to overproduced r&b, and those songs always seemed to be playing on the radio as we drove to the pool or the amusement park.  Anyhow, this album is from much earlier in Stewart’s career and contain the type of songs that I didn’t hear until listening to classic rock radio in the late 80s. Ever the chameleon, the early version of Stewart performs bluesy roots rock.  Having never been all too impressed by Rod Stewart, I’m surprised that I like this album a lot more than I expected. 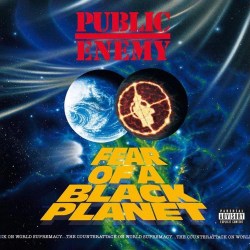 Artist: Public Enemy
Album: Fear of a Black Planet
Year: 1990
Label: Def Jam/Columbia
Have I Listened to This Album Before?: Yes
Am I Familiar With This Artist/Songs from This Album?: Yes
Would I Listen to this Album Again?: Yes
Favorite Tracks:

Thoughts: I received a copy of this tape for Christmas in 1990.  In the summer of that year I first heard and been awed by the “wall of sound” behind “Welcome to the Terrordome” which I still think of one of the greatest works of production and rap performance.  Then there’s “911 Is A Joke” which anticipated a widespread Defund the Police movement by only a few decades. The album closes with the ultimate anthem, “Fight the Power,” from the 1989’s Do the Right Thing.

Note: while I typically try to share a song from the album, this remake of “Welcome to the Terrordome” accompanied by electric guitars is too awesome not to post. 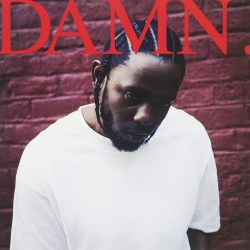 Artist: Kendrick Lamar
Album: DAMN
Year: 2017
Label: TDE
Have I Listened to This Album Before?: No
Am I Familiar With This Artist/Songs from This Album?: No
Would I Listen to this Album Again?: I feel I ought to, even though I didn’t love it
Favorite Tracks:

Thoughts: You will no doubt not be surprised that like most hip hop artists from the last 30 years, I have not listened to Kendrick Lamar before.  I liked the concept behind this album where Lamar reflects on his desires to do good and bad, his relationship with God, his success, sex, and his fears all in the shadow of Trump’s election to President.  The single word titles work well as jumping off points.  And the tracks have some great beats! 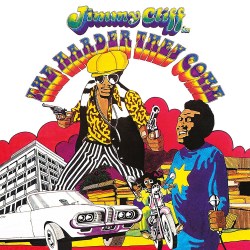 Artist: Jimmy Cliff and Various Artists
Album: The Harder They Come: Original Soundtrack
Year: 1972
Label: Mango
Have I Listened to This Album Before?: No
Am I Familiar With This Artist/Songs from This Album?: Yes
Would I Listen to this Album Again?: Yes
Favorite Tracks:

Thoughts: Was there really a time when reggae was unknown in the United States? I guess this soundtrack album made it hard to ignore.  While I’d never before listened to this album end to end, the songs it contains are so iconic that I’d heard them all many times before.  Half of the tracks are some of the best work of Jimmy Cliff while “various artists” including the legendary Toots and the Maytals and Desmond Dekker fill out the rest of the album. 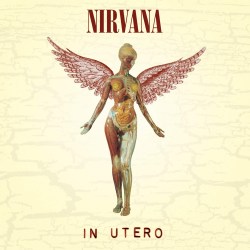 Artist: Nirvana
Album: In Utero
Year: 1993
Label: Geffen
Have I Listened to This Album Before?: Yes
Am I Familiar With This Artist/Songs from This Album?: Yes
Would I Listen to this Album Again?: Yes
Favorite Tracks:

Thoughts: I never disliked Nirvana but I also wasn’t a big fan during the band’s short but brilliant career, despite the fact that it coincided with my college years.  Still, listening to this music now it’s hard not to hear the soundtrack of my generation.  And yet these songs also have a timeless quality to them, not unlike a lot of the Beatles’ best work.  Over the years I’ve grown to appreciate Kurt Cobain and Nirvana a lot more than I did at the time. 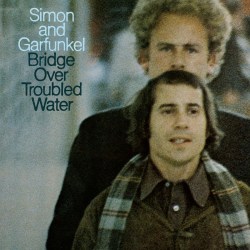 Artist: Simon and Garfunkel
Album: Bridge Over Troubled Water
Year: 1970
Label: Columbia
Have I Listened to This Album Before?: Yes
Am I Familiar With This Artist/Songs from This Album?: Yes
Would I Listen to this Album Again?: Yes
Favorite Tracks:

Thoughts: Simon & Garfunkel went out with a bang, their final studio album packed with hits.  This includes the title track which has become something of a standard of popular music.  There’s quite a variety of styles on this album too, with “El Condor Pasa” and “Cecelia” showing the beginnings of Paul Simon’s “World Beat” fusion.  Then there is “The Only Living Boy in New York” which is among my favorite songs of all time. 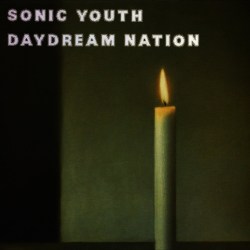 Artist: Sonic Youth
Album: Daydream Nation
Year: 1988
Label: Enigma
Have I Listened to This Album Before?: No
Am I Familiar With This Artist/Songs from This Album?: No
Would I Listen to this Album Again?: Yes
Favorite Tracks:

Thoughts: Sonic Youth is a band that was discussed among the DJs at my college radio station and the other cool kids, but they’re yet another band that I didn’t get around to listening to at the time.  It’s a shame because this is music that I’d like to have memories of instead of coming to it later in life.

Welcome to summer with a small selection of tunes you can rock out and/or dance to.

Bee Bee Sea, described as a garage-psych band, are a trio originating from Castel Goffredo, Italy. They sound, though, as if they came straight from London in the late 70s.

This is the opening track from the new album Women in Music Pt. III, by the trio of sisters from – you guessed it – Los Angeles.

Baronhawk Poitier, a producer/DJ from Washington, DC, provides the beats to get you out onto the (socially distanced) dance floor.

The legendary hip hop group from Long Island, NY are joined by DJ Premier to take a direct shot at Donald Trump and his campaign of hatred and violence against the people of our country.

The project continues with my favorite songs of 1989.  Read the first post for the detail on this project.

If you read (and agree with) Joshua Clover, 1989 was a pivotal year for popular music.

.
I Am the Resurrection – The Stone Roses

If I Were John Carpenter – Big Audio Dynamite

And my song of shame for 1989: C’mon And Get My Love – D-Mob featuring Cathy Dennis

What vital song from 1989 did I overlook? Let me know in the comments!

The project continues with my favorite songs of 1988.  Read the first post for the detail on this project.

Where Is My Mind?– Pixies

Do you remember 1988?  What were your favorite songs?  Let me know, even if it was before you were born.