I’ve lived in metro-Boston for close to 17 years, 8 of those in Jamaica Plain, and I’d never taken the Samuel Adams Brewery Tour. I decided to address this omission on a recent Friday when I’d taken a day off from work. I don’t know what the brewery is like in the high season, but on a random Friday afternoon in snow-encrusted Boston, there were still more than 30 people in my tour group.

Those in the know that while Samuel Adams is advertised as a Boston beer, the majority of the beer is brewed at contract breweries out-of-state. The Jamaica Plain facility is primarily a research and development facility with small batches brewed for local clients (such as Doyle’s Cafe). Thus the brewery is pretty small and the tour rather short in distance. Our guide offered a wealth of knowledge on the brewing process, passing around hops to rub into our hands and samples of malts to chew on. We also saw the big tanks that the beer goes through in the brewing process.

Not much happening there, so we went to a tasting room to sample some fresh Samuel Adams beers. The beers on tap included the flagship Boston Lager, Cold Snap white ale, and Chocolate Bock. After generous samples, we were invited to visit the gift shop where more beer was on sale, including unique brews not available elsewhere. I will have to not wait so long for my next visit, or at least swing by the gift shop when looking for a special beer. 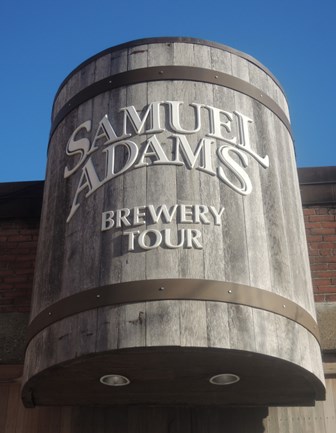 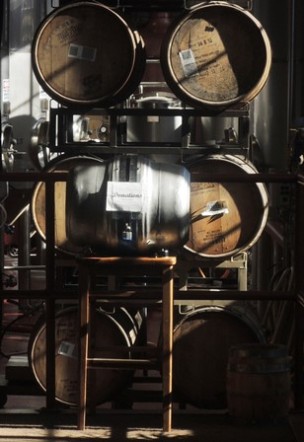 A glimpse of wooden casks. 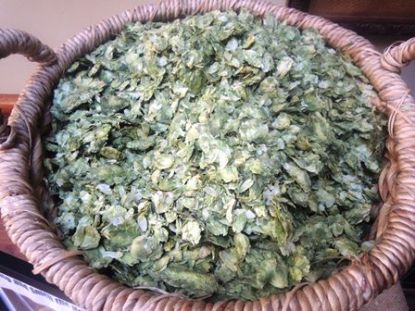 A basketful of hops. 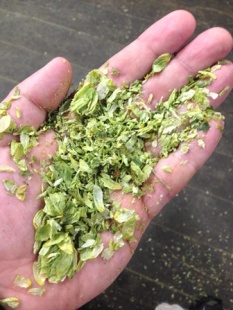 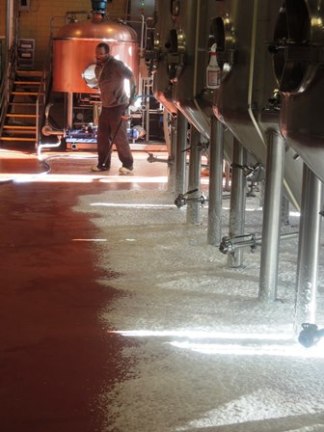 The most action in the brewery was this man spraying foam under the tanks. 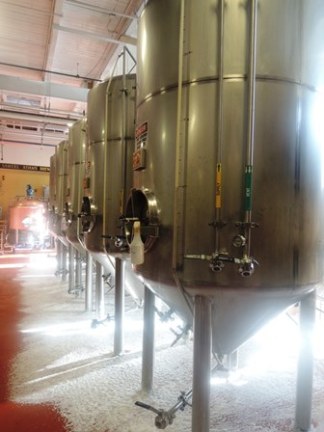 I don’t think this is how they put the head on the beer. 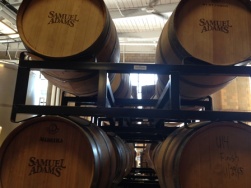 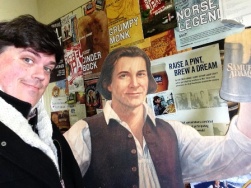 Beer is best enjoyed with a drinking buddy.